Landmark win for UTAG and the London Taxi Trade 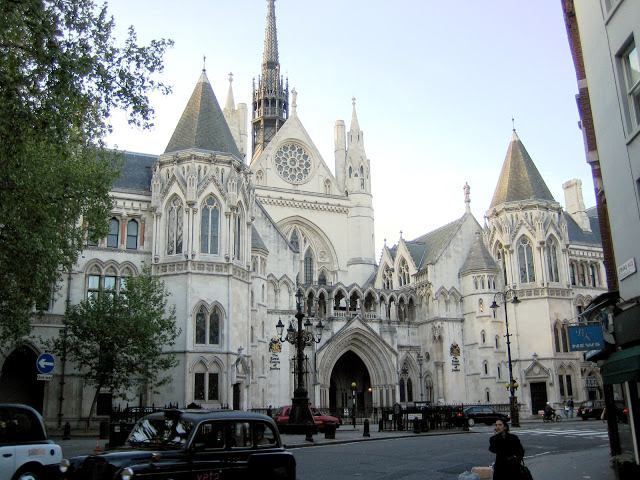 As you know our Judicial Review challenge against TfL’s Bishopsgate closure The A10 Order and the wider, far-reaching Streetspace scheme was heard at the High Court via a video link on November 25th and 26th 2020 in front of Mrs. Justice Lang DBE.

We put forward a very strong case against these two schemes and they were superbly argued by our legal team; David Matthias QC and Charles Streeten Barrister.  The judgment has just been handed down and we are thrilled to able to tell you that UTAG & The LTDA won both challenges and won convincingly.

Our team challenged The Mayor and Transport for London’s A10 Order and the Streetspace Plan & Guidance on 5 grounds.

They were made without regard to the legal status of Hackney Carriages and the vital role they play in providing accessible public transport for those with mobility impairments.

They failed to have proper regard to the Public Sector Equality Duty, pursuant to Sec 149 of the Equalities Act 2010.

They resulted in disproportionate interference with the rights of HC drivers and other industry stakeholders.

They breached a legitimate expectation of HC drivers that they will be able to pass and repass and Ply for Hire along carriageways used by London buses.

They were seriously flawed

We won Grounds 1,2,4 and 5. We lost Ground 3 although by the very narrowest of margins and since we only needed to win one of the grounds in order to win the case that is of no practical consequence.

In her judgment, Mrs.Justice Lang confirmed that Taxis and Buses are the only two forms of public transport that are allowed to Ply for Hire; it’s important to note that she agreed we are public transport.

We have said this for years and it’s now been confirmed by a senior High Court Judge which vindicates the message ‘Where Buses Go Taxis Go.’

In light of this outstanding victory, Mrs. Justice Lang has ordered that: 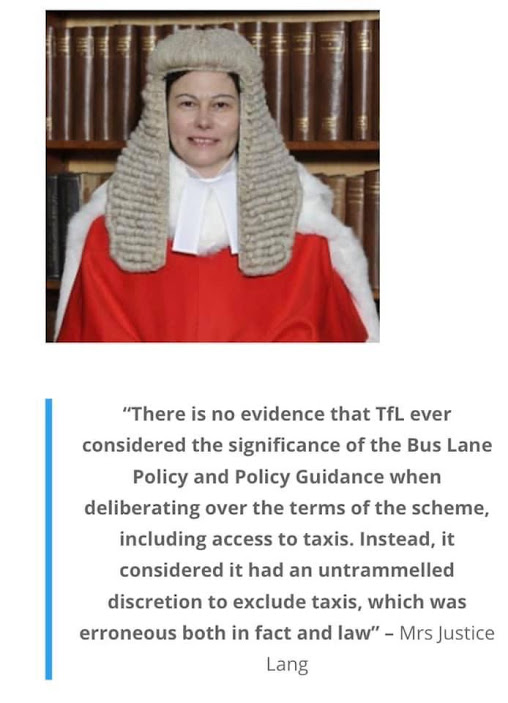 To win the most important legal challenge the trade has ever mounted so convincingly is an outstanding victory and should not be underestimated.

“This judgment is of major importance not only to London’s iconic black cab trade but also to all people living, working or visiting London who are unable to walk significant distances or to cycle.

In the course of her long and careful judgment Mrs Justice Lang has vindicated all the concerns raised by the taxi trade, both on their own account and on account of the disabled, the elderly and all other people prejudiced by the Streetspace Plan and its impacts throughout the capital.

The Taxi Perth trade may feel justly proud that it has taken the Mayor and TfL to task in this matter and secured a seminal judgment which should guide the approach to be taken by local authorities to all future road schemes both in London and elsewhere in the country.”

However, without your support, trust, and financial backing, this challenge would not have been possible and although the trade as a whole will benefit, the real thanks go to you and the victory is yours.

We should also like to publicly thank the LTDA for backing us and coming as a joint claimant.  They have been a pleasure to work with and their input has been invaluable.

Like UTAG, they knew these closures would not be temporary but merely a precursor to further wide-ranging access restrictions for taxis and agreed we must act jointly to stop the Mayor and TfL from causing more harm to our trade and inconvenience to our passengers, especially the disabled.

We shall of course keep you updated as things progress, and our legal team seeks remedies from TfL; in other words, to allow us full access to these roads without delay.

Thank you once again for your incredible and ongoing support; this is a great day for our trade.

On behalf of all at UTAG