How the Karhoo taxi app ended up running on empty 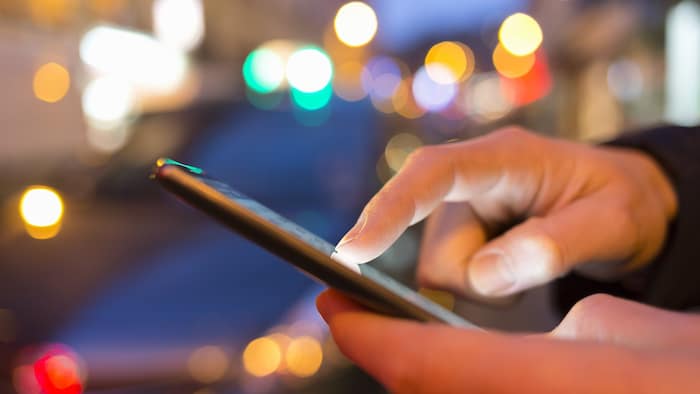 Halloween itself was to be payday at the supposedly well-funded start-up that included post-settlement funding service, which was reported to have raised $250m a year earlier and had been occupying swanky new offices at 55 Baker Street in central London since June. The week before the huddle, chief executive Daniel Ishag had assured senior staff the company was expecting an imminent $5m injection from investors. It seemed to be business as usual.

Instead, Karhoo’s chief financial officer Dynshaw Italia told about 60 assembled employees they would not be paid on Monday and Karhoo’s money had all but run out. Mr Ishag was meeting investors in Singapore at the time and has not been seen in the London offices since that day.

“There was no reason not to trust them until the rug gets pulled out from under you and they tell you you’re not being paid, and oh yeah, there is only $10,000 left in the account,” an employee at the company said, who did not wish to be named. “It was a ‘What the f**k!’ moment.”

Karhoo is a taxi comparison app that provides users with access to minicabs and taxis run by established operators such as New York private hire operators Carmel and Dial 7, and the UK’s largest minicab company Addison Lee. Unlike its rival Uber, it does not sign up individual drivers — it just plugs in the services of existing companies into its app and takes a cut of the bookings.

According to the company, the app had been downloaded 300,000 times and had revenues of slightly less than $1m in its first 12 weeks of operation in London. But Karhoo was operating in a hyper-competitive market where cash could be burnt through quickly, with heavy subsidising of rides to win market share.

After a week of struggling to plug the hole with new investors as noted here, Karhoo ceased tradingon November 7, just six months after its service first launched. Mr Ishag and his cousin David Ishag, Karhoo’s chairman had both stepped down at the end of last month.

The service, which had workers in London, New York, Tel Aviv, Miami, Los Angeles and Singapore, said in a statement that “many of them have worked unpaid for the last six weeks in an effort to get the business to a better place”.

Staff that spoke to the Financial Times said their biggest question was how the company had burnt through the reported $250m so quickly. The app’s backers included well-known individuals such as David Kowitz, co-founder of Indus Capital Partners, the US hedge fund; Jonathan Feuer, managing partner at CVC Capital Partners, the European private equity group; and Eric Daniels, the former chief executive of Lloyds Banking Group.

At the time of launch, a company spokesman indicated to the FT that Karhoo had already raised hundreds of millions of dollars, and was on track to exceed $300m. “Karhoo is currently in discussions with several parties to raise in excess of $300m, and we expect this to rise to more than $1bn in around 18 months’ time,” he said last October.

In an FT interview this week, Daniel Ishag denied the company had ever had $250m at its disposal. “We did not raise $250m, that was a misconception,” the 42-year-old founder said. “Since inception, $52m has gone into the business. If you look at the Lyfts and Ubers of this world, they had spent in the region of half a billion dollars to get 200,000 drivers, so it just goes to show our efficiencies.”

But a senior staff member maintained: “Karhoo did not fail to deliver rides or suppliers, it was run to the ground by a ludicrous lack of corporate governance.”

According to Mr Ishag, existing investors who had promised Karhoo funding were unable to deliver in the time span promised. “There was a crucial $5m that didn’t come in. That’s what derailed our entire process and changed it into a crisis overnight,” he said. “It was only a couple of days before we informed employees that alarm bells started going off.”

David Kowitz, one of the investors, doubted whether any additional financing was promised to Mr Ishag. “Financing is never sure until it arrives in your account. I don’t know of anything that was ‘promised’ that didn’t arrive,” he said via email.

Several other investors contacted by the FT were either unavailable or declined to comment.

On October 28, the same day Karhoo’s London staff were informed they would not be paid, Karhoo was sued by a New York-based customer service company called Modsquad for failing to pay more than $600,000 for its services between June and October. “Yes, a case was brought. We had a cash crunch and we believed we had money coming in to cover everything,” Mr Ishag said.

Although he insists that Karhoo had spent its cash just as any growing start-up would, on hiring and opening five offices across three continents, there are suggestions of profligacy — the company had leased prime real estate in London and Park Avenue South in the Chelsea neighbourhood of New York City. Karhoo also rented three apartments in Manhattan for personal use by senior company management.

Mr Ishag explained that he got a “phenomenal deal from both landlords” who wanted to make their buildings tech hubs, and that renting three flats was cheaper than frequently staying in a hotel in New York.

While its workforce debates whether Karhoo was a victim of fierce subsidy battles, reckless spending or a funding gap, the company has been wound down completely. This week, the new management appointed accountants David Rubin and Partners as administrators to salvage any remaining assets and sent home more than 180 employees worldwide.

Staff now say they should have seen the warning signs earlier. Another employee commented: “When you look back, there were chinks in the armour. Thousands of pounds worth of promotional codes given to customers every week is lunacy. There was a lot of vanity here.”