In Or Out? Richard Drax MP, South Dorset, Asks A Taxi Driver. 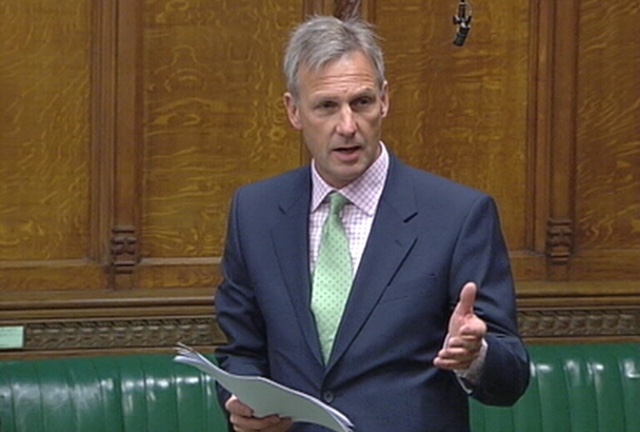 European Affairs Debate 25th Feb 2016
Richard Drax Conservative, South Dorset
We are told that there are 5,000 terrorists heading into the United Kingdom, or certainly to Europe and then, no doubt, on to us. Are our former partners in Europe not going to tell us?
Are they going to sit there mute while London is blown apart, or Glasgow, Manchester or Birmingham?
Those are, so the Europhiles say, our allies. They are friends; they are decent people. We do not dislike them. We love the Europeans. I am British and a European, and I am extremely proud of it. I want to be in Europe and to trade with Europe.
I want to enjoy their culture, their languages, their mountains, their seas, their more efficient trains, their wider and faster roads and their beautiful wine; I want to enjoy it all, as we all do. But, like millions of people in this country, I do not want to be ruled by unelected bureaucrats.
I sit on the European Scrutiny Committee, which is a great privilege, under the most able chairmanship of my hon. Friend Sir William Cash. He might like to hear about the conversation I had with my taxi driver last night as I was heading home—I always talk with the drivers, because they are always fascinating men and women.
When he asked me who I was, I replied, “I’m an MP, but please don’t press the ejector button.” He promised not to. Then he said, “Tell me, guv, what do you think about the EU?” I said, “It’s simple. Do you want to control the future of this country, or do you want to hand it across to unelected bureaucrats and a political elite who are completely out of touch with the electorate?”
He said, “Guv, do you know William Cash?” I explained that I did and that he is a great friend of mine. He said, “He sat in my cab 25 years ago and said the same thing.” That story is absolutely true. My hon. Friend, who is far-sighted, was right then, and he is right now. Let us get our freedom back on 23 June.