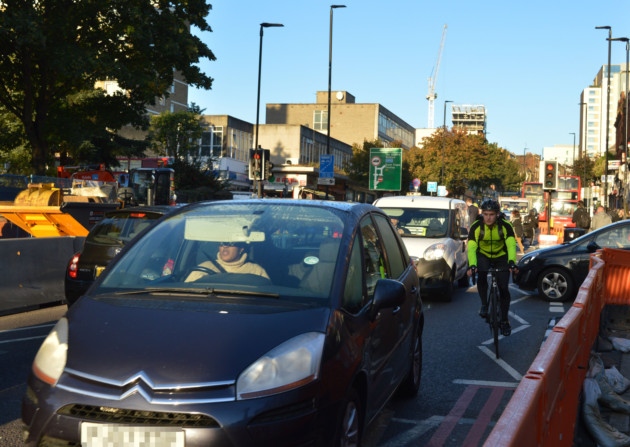 Islington Council is threatening to sue transport chiefs over the “last-minute” announcement Holloway Road will be closed for three months from next week.

The town hall was left in the dark about the Upper Holloway bridge work, which is set to cause complete chaos for the thousands of commuters who use the road every day.

Transport for London (TfL) was slammed for its “astonishing incompetence” by council leader Cllr Richard Watts, who said his staff were not consulted about the closure.

And Cllr Claudia Webbe, Islington’s own transport boss said she was dismayed at the “short-notice and unplanned” closure.

The Upper Holloway bridge is being replaced so the Gospel Oak to Barking London Overground line can be electrified – a project that has already closed the station until February. Work began in 2014 and has already caused problems, but the latest disruption will leave drivers, cyclists and bus users all diverted along Tufnell Park Road and Junction Road.

TfL says work to transfer underground pipes and cables from the old bridge to another specially-made bridge has proved problematic because of their “complex layout, poor condition and a leaking water main”.

But Cllr Webbe was having none of it. She said: “This section of Holloway Road will be closed in at least one direction for nearly three months, including over half term, Christmas and New Year.

“It seems TfL underestimated the work needed, and claim there is no other choice but this last-minute arrangement, which will affect the lives of countless residents and businesses in Islington and far beyond. I have asked the council to consider our options, including legal, while challenging TfL to minimise the extent and scale of the disruption.”

Work will take place between Fairbridge Road and Wedmore Gardens. Bus routes 17, 43, 263, 271 and N41 will all be diverted but pedestrians won’t be affected.

Nick Fairholme, TfL’s director of surface works, said bosses were doing all they could to minimise the disruption and apologised for any delays.