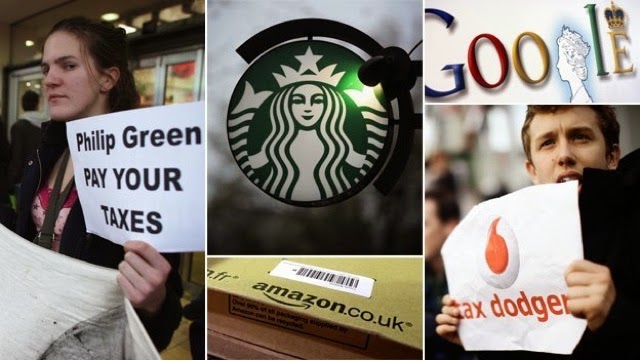 Companies that move their profits overseas to avoid tax will be subject to a “diverted profits tax” from April, the chancellor has said.

In his final Budget before the election, George Osborne said firms that aid tax evasion will also face new penalties and criminal prosecutions.

The so-called “Google Tax” is designed to discourage large companies diverting profits out of the the UK to avoid tax.

It follows rows over how much corporation tax some companies pay.

“Let the message go out: this country’s tolerance for those who will not pay their fair share of taxes has come to an end,” Mr Osborne said.

The Chancellor said his deputy, chief secretary to the Treasury Danny Alexander, would be announcing new legislation on Thursday outlining new criminal offences and penalties for aiding tax evasion.

It comes after last month’s revelation that HSBC colluded with clients of its private bank to evade tax over many years.

He added he would also be closing tax loopholes that enabled businesses to take account of foreign branches when reclaiming VAT on their overheads.

Mr Osborne said the new tax measures he was introducing were expected to raise £3.1bn over the next five years.

And he said he was closing a loophole in the law that allowed the banks to offset charges for mis-selling, including payment protection insurance, and other misconduct against their corporation tax bills.

Editorial Comment
Perhaps HMRC will now take the trouble to look at the Tax affairs of a certain technology company based in Holland, who swear blind they are not a Private Hire operator and yet applied for and were granted a Private Hire operators licence in 2012.
Uber have been riding roughshod over the Private Hire act with scant regard to any Taxi or Orivate Hire regulation. Backed up by a woefully inadequate licensing authority, it looks like Palestras house of cards is about to tumble.
TfL top management are scurrying about trying to wash their hands of all responsibility over the licensing of Uber, with the ex Director of LTPH John a Mason, stating on “Twitter” last night that it wasn’t him who signed approval of Uber’s original licence aplication.
Taxi Leaks asked John Mason outright:
“Who in TfL authorised the rent a desk in More London, as an operating Centre?”
He answered:
“I said they met the legal requirements of licensing at the point of licensing
I may have been an employee but I didn’t sign every application”
So a company operating from a “rent a desk” in More London, who:
• Did not/ does not take pre bookings over a land line
•Used a device measuring both time and distance to calculate a fare
• Allowed its drivers to use their app without Hire and Reward insurance
(>click here for case<)
met all the legal requirements of licensing?
Who were the compliance team sent to check out Uber’s aplication and set up…David Blunket and Stevie Wonder?
Private Hire Act 1998:

(1)No vehicle to which a London PHV licence relates shall be equipped with a taximeter.

(2)If such a vehicle is equipped with a taximeter, the owner of that vehicle is guilty of an offence and liable on summary conviction to a fine not exceeding level 3 on the standard scale.

(3)In this section “taximeter” means a device for calculating the fare to be charged in respect of any journey by reference to the distance travelled or time elapsed since the start of the journey (or a combination of both).