Grandfather David James left passenger a ‘sobbing heap’ on the back seat of his minicab.

A pervert minicab driver has been told to expect a lengthy jail sentence after he was convicted today of molesting a passenger.
David James, 72, had told a jury he was too old for such behaviour but a jury convicted him of assault by penetration. 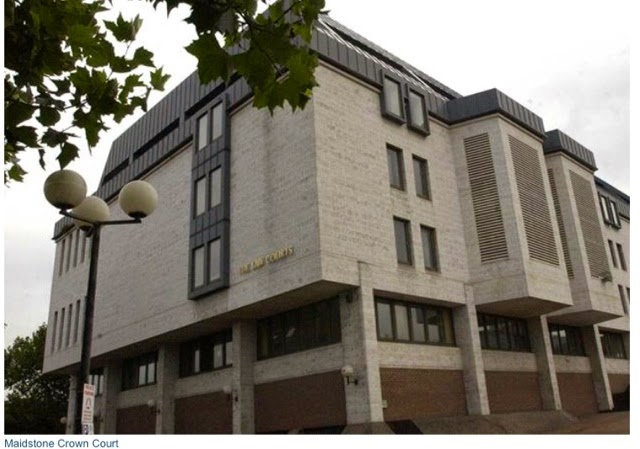 Maidstone Crown Court heard the woman was left in a “sobbing heap” after the great grandfather kissed her and molested her in the back of his car.

Minicab driver David James has been found guilty of molesting a female customer.

She told how she afterwards repeatedly showered and scrubbed herself because she felt so unclean.

James was working for Chatham-based Vokes minicab firm when he drove the woman and three friends home from a nightclub in November last year.

She was the last to be dropped off in the early hours and moved into the middle seat to pay her fare.

Prosecutor Charlotte Newell said as the 25-year-old woman went to take her change James kissed her, putting his tongue in her mouth.

He let go. She dropped her purse in the footwell and then found James had joined her in the back.

She tried to get out but James kissed her again and put his hand down her top. He then pulled up her dress, pulled down her tights and assaulted her.

“You understand a custodial sentence is going to follow. It is going to be a substantial one” – Recorder Simon Taylor QC

James, whose licence to drive minicabs has since been revoked, denied the offence, claiming the woman twice snogged him, using tongues and nothing else happened.

>He said: “I was a bit surprised getting a kiss from a young girl. I thought: ‘Happy birthday.’”

Asked if he sexually assaulted the woman, he replied: “No, definitely not. I am a bit old for that.”

The jury of eight women and four men convicted him by an 11-1 majority after deliberating for almost six hours.

Recorder Simon Taylor QC told the father-of-three, of Sturdee Avenue, Gillingham: “You have been convicted of a serious offence. You understand a custodial sentence is going to follow. It is going to be a substantial one.”

Sentence was adjourned until after October 6 for reports to consider dangerousness.

Alexia Zimbler, defending, said it would enable James time to get any necessary medical information.

“He no longer has a licence, so he is not entitled to drive legally any more,” she added.

Recorder Taylor made it a condition of bail that James, who will have to sign the sex offenders’ register, should not drive a cab.

“I have given up driving now,” he told the judge.