GMB Request for Suspension of Uber Licence to TFL 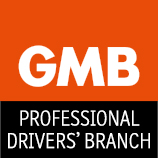 As you will be aware I tested Ubers system to confirm if a driver could drive uninsured or with false documents without immediate detection.

This has been proven and I again tested the system at the weekend to prove no substantive change has taken place.

Additionally one of TfLs Prerequisites is a book of complaints is supposed to be kept with appropriate resolutions.

I am doubtful that considering Uber have removed and restarted their twitter feeds that a full list of complaints is not in place.

Further to I understand that the UGC have kept a copy of the old Twitter feed of complaints which are at over 8000 this is a staggering amount even for a company of so many accomplished journey’s.

It would be hard to confirm this without actual data from twitter users which makes me question why the feeds with original complaints has been removed.

The fact that no inspection in person of validity of documents is a concern.

A further aspect of compliance is consistent complaints of rider accounts being used by other individuals.

This would point towards hacking or sales of client data.

On this basis I believe that Ubers licence is not fit for purpose.

I might add that when initial licencing had taken place I questioned John Mason nearly 2 ½ Years ago and he advised me in a meeting at TfL that he licenced the company personally and all was in order.

This clearly was not the case.

I understand that if Ubers licence is revoked they will switch tack to a ride share scenario not only are the DBS issues but this will question the ethicacy of this company further.

Notwithstanding my evidence and concerns I believe it is time to find a meaningful solution.

I am also concerned that not only are devices being exchanged between drivers (Something I foresaw and mentioned previously.) but there is clearly a avoidance of tax as I understand you may nominate overseas accounts. This may also be leading to benefit abuse.

Stealing benefits from those who really need them is not only unacceptable but immoral.

GMB would now formally request a suspension of Uber London’s licence until solutions if any can be found.