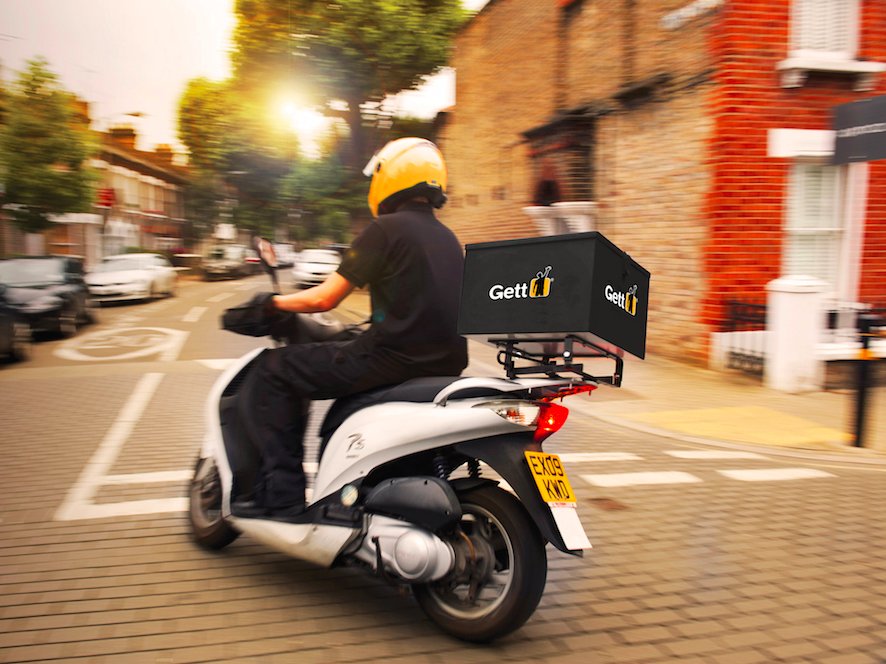 Taxi app Gett is hoping that a new courier service in London will be taken seriously by its existing corporate customers, which includes half of the Fortune 500, the company says.Gett, founded in Israel in 2010 before expanding to the US, the UK, and Russia, is an app that helps people to hail a black cab and secure a fixed price instead of being charged by the taxi meter.

But the company has tough competition in London, with over 17,000 Uber drivers on the road and a number of taxi companies to compete with, such as Addison Lee and Hailo.

So in order to diversify its revenue stream and differentiate itself from its competitors, Gett launched a courier service in London at the start of this month.

The on-demand “Gett Courier” service, which Business Insider tried ahead of the official launch, promises to deliver goods across London’s Zone 1 in under an hour for a flat fee of £6 (anything beyond Zone 1 costs more.) Gett isn’t the only taxi company in the UK offering courier services – rival Addison Lee already offers deliveries – but Gett claims to be the only taxi company offering “on-demand” couriers through an app.

Remo Gerber, MD for Western Europe at Gett and CEO of Gett UK, told Business Insider on Wednesday that Gett Courier is a “huge opportunity” that could provide a major new revenue stream for Gett.

Gerber is hoping that Gett’s existing corporate customers start using Gett to make deliveries as well as hail cabs. “We’re serving half of the Fortune 500, including law firms, consulting firms, and banks,” said Gerber, formerly COO of deals and coupons website Groupon. “If we start adding courier then it’s significant. “We already have a huge user base on the app that are already part of the Gett environment and have their credit card linked. They don’t need to download an app again to use Gett Courier.”

Gett reported revenues of $300 million (£209 million) for 2015 and Gerber said these will increase in 2016.The company has secured $220 million (£153 million) in venture capital funding so far but Gerber declined to comment on whether Gett was looking for more money.

He did say, however, that competition for scooter riders is more fierce than ever now that an increasing number of startups, – including food delivery companies Deliveroo, Take Eat Easy and Jinn – rely on them. Gerber said Gett pays scooter riders “slightly above” market rate without specifying how much they’re paid exactly.

Gett is also drawing on a slightly different type of scooter rider in that all of Gett’s riders are in the process of learning “The Knowledge” – the geographical test that Black cab drivers must take to prove they know London’s roads. The idea is that they start out as Gett Courier riders before becoming black cab drivers that use the Gett app to secure jobs.

Since launching, people have used Gett’s courier service to deliver food, passports, laptops, and other items across London, Gerber added.

Gerber said a number of other services will be launched in the Gett app in the near future.