A Game Of Phones ….. By Semtex 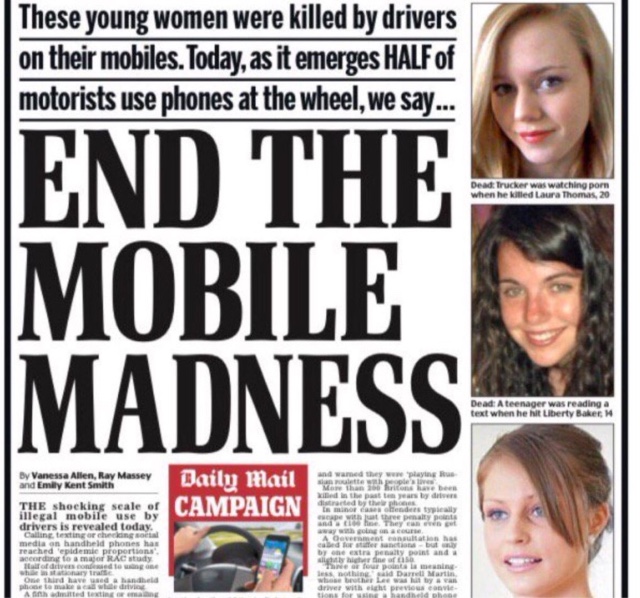 None of us will have failed to notice the latest tragedies and loss of lives, that has erupted on the UK’s roads. Furthermore, it has been proven that a horrifying percentage of these fatalities , have been caused as a direct result of using a mobile phone whilst driving.

More worrying, the statistics are rising rapidly. More and more grief stricken families, are having to deal with the loss of a loved one, due entirely to somebody selfish enough to put a phone call or text message, in priority over somebody’s life.

The game is about to be changed now though, and so it should be. Police Forces across the nation are initiating a huge crackdown on this life taking trend, and punishments of fines, points and imprisonment are being escalated in an effort to reduce it.

To most drivers, waiting till you have safely stopped should be no problem at all. Pulling over, waiting till later or ignoring a call altogether would be a much safer and potentially life saving option.

For an Uber driver though, ignoring the phone or being unable to use it in transit, will be a huge detrimental disadvantage to their living. Their priority is to earn money, not to pay attention to the ever changing road conditions. Without a phone, the unqualified cheap labour Uber driver has no idea of where he is.

How many times have you pulled alongside an Uber driver to see four, five and even six phones stuck to the windscreen, and that’s without the sat nav.

To a professionally trained London Black Cab driver, the phone is just another tool in the box. We have managed perfectly  well for hundreds of years without one. I have both a top quality satellite navigation system, and a top quality smart phone. They are both extremely handy, and I would miss either if I didn’t have them. But if you took both tools away from me, would my professional income be affected ?

Not by a penny ! In fact, the loss of the smart phone would probably stop me grannying on the phone to my mates in a longer than deserved lunch break. As a result, more money in my coin bag. Taking my sat nav away would also cause no professional heartache either, as I have been thoroughly trained and am highly skilled in my topographical competence.

Have no doubts whatsoever though, that this adroitness is due entirely to four years of high quality training. Take away my sat nav, take away my smart phone and take away my map books, and I can with hand on heart, promise you that I could circumnavigate you through the catacombes of one of Europe’s heaviest congested traffic cities, in safety, comfort, knowledge and incredible skill. The indelible maps of the, roads, clubs, hospitals, museums, galleries, restaurants, theatres, synagogues, parks, cafes, police stations, clinics and streets of London are stored in encyclopaedia order of merit, deep within the hippocampus of my brain.  Impressive isn’t it ? I’m even amazed at myself. I can’t believe I know so much !  So with this in mind, ask yourself an honest question. Do you think an Uber driver could do what I can do ?

I wont even wait for your answer ! 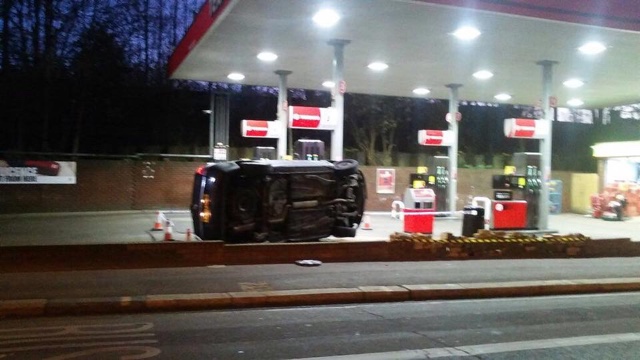 However, I have an even more incredible revelation up my sleeve for the uninitiated. This is no one man captivating, implausible circus trick, and as much as I would like to, I cannot claim sole rights to this phenomenal art and formidable skill. There are actually another 24,999 others like me ! Unbelievable, isn’t it ? But absolutely true.

The obvious answer as to whether an Uber driver could replicate the honed and sharpened skill of a Licensed London Cab Driver is undeniable. Of course they couldn’t !

Sometimes they are, but how cheap is cheap ?

When your nineteen year old daughter is having a highly stressful and invasive sexual swab test done by the Met’s elite trained Sapphire Unit ?

You tell me.  Or how about when a police officer knocks on your door carrying your twenty year old son’s motorcycle crash helmet and asks you to sit down first ?

What do you think ?

When your eighteen year old daughter shrinks into her self and refuses to come out of her bedroom for sixteen months. Her confidence along with her personality and future dreams, lost and savaged in a reminiscent nightmare of sexual attack in an unlicensed mini cab. Cheap?

Well, somebody thought it was.

Folks, the travelling public get what they pay for. If you want cheap, then roll the dice, take your chance and jump in with the Uber cowboy. Transport For London moved mountains to let the Uber platform succeed. Despite being licensed illegally in the first place, the seas are parted to allow them to continue to flourish. They even assisted them by allowing their phones to double up as meters ! Unbelievable ?

Yes, Sir ! You bet ! Imagine my trade be allowing this ?

But remember this, if Uber were forced to compete financially with the professionals, ie the London Black Cab trade, they would fold within a week. Our business model hasn’t lasted for this long due to luck. It is established and proven to be sound both financially and in safety. Both the drivers and vehicles of the black cab trade are vetted and monitored to an entirely different level to mini cabs, and don’t let TFL tell you otherwise.

Next time you jump into your Uber ride, have a glance at the windscreen. See those phones ?

Those are the only things that the inept and unqualified driver that you are paying to trust, is looking at. As good as their phones and sat navs may be, they wont show the car stopping in front of you, the child stepping out off the kerbside, the motorbike rapidly coming up the inside or the foreign national stepping out thinking the traffic flow was the same as his home town many miles from Oxford Street. Neither will they show what occurred as you were punched senseless and sexually attacked and had your skirt ripped off in a side street at three in the morning.

Uber’s flawed business model has only been successful in London due to a complicit licensing regulator, a necessity to work through the phone and a never ending supply of foreign, unqualified, cheap labour.

There is an irony to Uber’s business model, which if not so serious, would be comical. To gain a basic mini cab Operator’s Licence, the  potential operator applicant requires a London address and phone landline on application. Uber had neither when they were initially licensed, but was awarded their status anyway. I find it strange that a company whose core business model relies solely and absolutely on a phone to make the operation workable…………………………………….didn’t have one themselves !

How remarkable. What a game, eh ? Without doubt……..A Game Of Phones !