A man has vowed never to use Uber again after claiming he was charged a staggering £109 for what should have been a five mile journey.

Robert Howells was astonished to be charged the astronomical amount after using the company to travel from Rodenhurst Road in Clapham south London to Rotherhithe New Road.

He said he was even more surprised when he realised the driver, instead of taking the quickest route, had gone on a detour of at least 20 miles, through Horn Park and Thornton Heath. 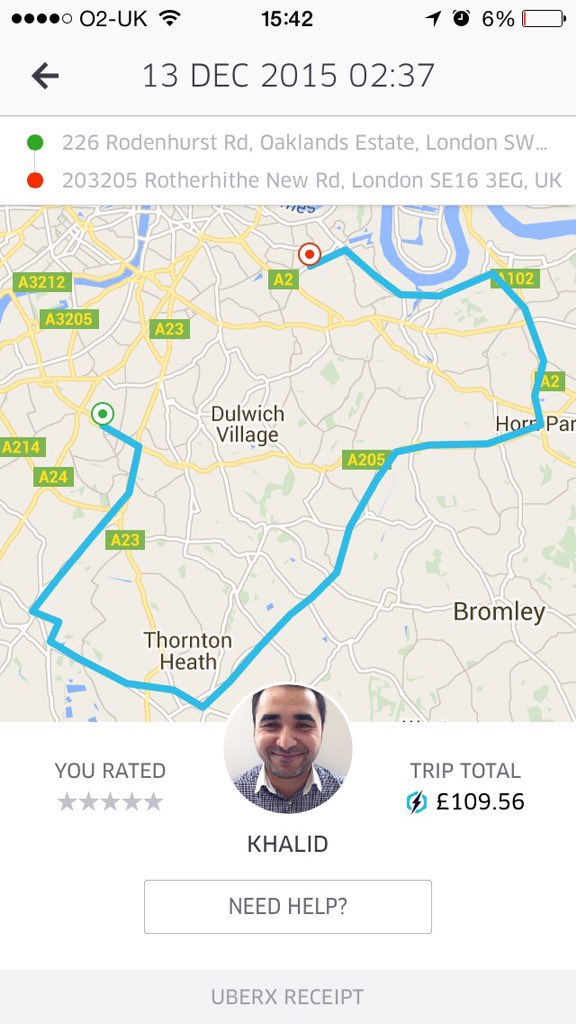 The enraged passenger shared his journey on Twitter and asked Uber for an explanation. But instead he has been met with “stock responses” which he say bear no relevance to his situation.

He was also said an email sent from Uber said the driver had wrongly accused him of vomiting in the car, which is why he was charged so much.

But he said Uber had so far offered no explanation for the bizarre route.

He said he had had great service in the past and it had not occurred to him to monitor the driver – something he now wishes he had done.

Robert said he would now delete the Uber app and encourage his friends and colleagues not to use it.

Other people took to Twitter with their own experiences, saying drivers taking a longer route than necessary in order to earn more money was a normal occurance. 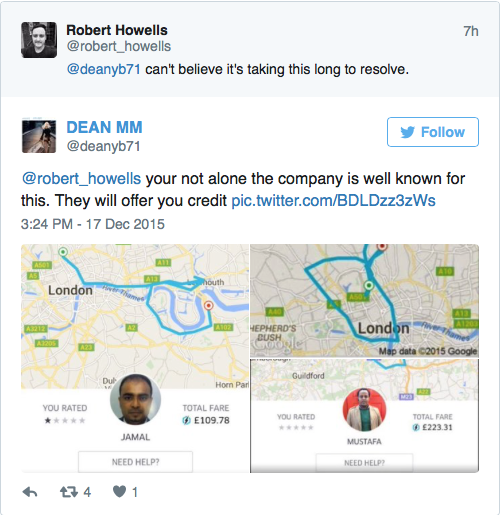 An Uber spokesperson said: “Our customer support team has been in touch with this rider and we have issued a full refund for the trip. Transparent receipts are one of the advantages of the Uber app, showing the exact route taken and amount charged so if there is an issue it can be easily investigated and resolved.”