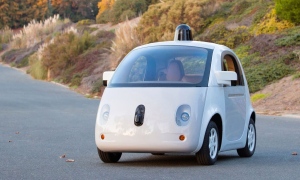 While some experts see their integration as inevitable, fully autonomous cars may, in fact,never see public roads due to safety concerns, according to Christopher Hart, the head of the US National Transportation Safety Board (NTSB).

A significant number of fatalities continue to result from train and plane crashes, and these modes of transportation are far easier to automate than personal vehicles since they operate in isolation from other vehicles, pedestrians and wildlife, as explained here.

Given the near-infinite number of hazards posed from a plethora of activities, vehicles, people, animals, and weather challenges, it may be impossible to fully automate personal vehicles, argues Hart.

“There’s no software designer in the world that’s ever going to be smart enough to anticipate all the potential circumstances this software is going to encounter,” says Hart.

“The dog that runs out into the street, the person who runs up the street, the bicyclist, the policeman or the construction worker, or the bridge that collapses in a flood—there is no way that you’re going to be able to design a system that can handle it.”

Beyond the challenge of addressing the complexity and spontaneity of roadway hazards by way of software programs, Hart highlighted the underlying problem of human error at every level of an automated transportation system.

By removing vehicle control from human drivers, the margin for human error is simply moved to the people designing the software, producing the hardware, and maintaining the vehicle, data networks, and infrastructure, he said.

“We investigated a people-mover accident in an airport,” explains Hart. “It collided with another people-mover. And our investigation found that the problem was a maintenance problem.

The final difficulty that could halt the rollout of fully automated vehicles, Hart says, is the ethical questions that will have to be answered by the highest levels of government—whether, for example, a vehicle should be programmed to protect its occupants at any cost, or intentionally sacrifice the lives of its occupants to save the lives of pedestrians nearby.

“Those kinds of ethical choices will be inevitable,” concludes Hart.