Last night, with the help of the TaG hit Squad and the Flash Demo Twitter accounts, disgruntled drivers Turned up in a steady stream at the new, pretentious eatery just off Baker Street, the Firehouse and took back work from the cars touting outside. 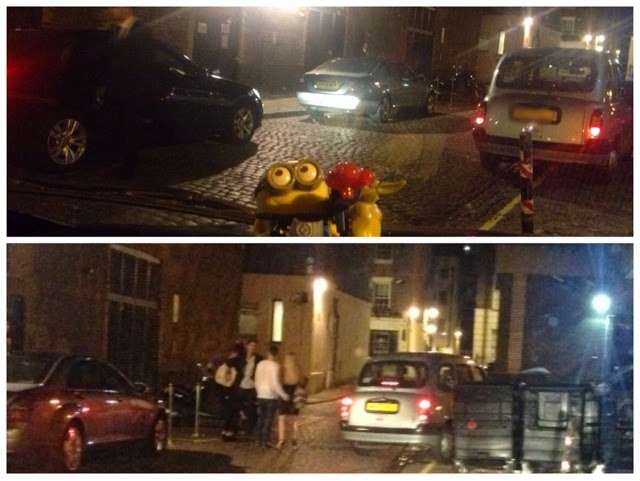 I received a message from my friend Paul just before 9 o/c that after dropping a passenger in Chiltern Street, he was approach by two people leaving the restaurant. But to his amazement, the doorman told the passengers that Taxis were not allowed to pick up outside and that my friend was a rogue driver. The people were told to go back through the restaurant to the rear exit where they could find a safe licensed car service. 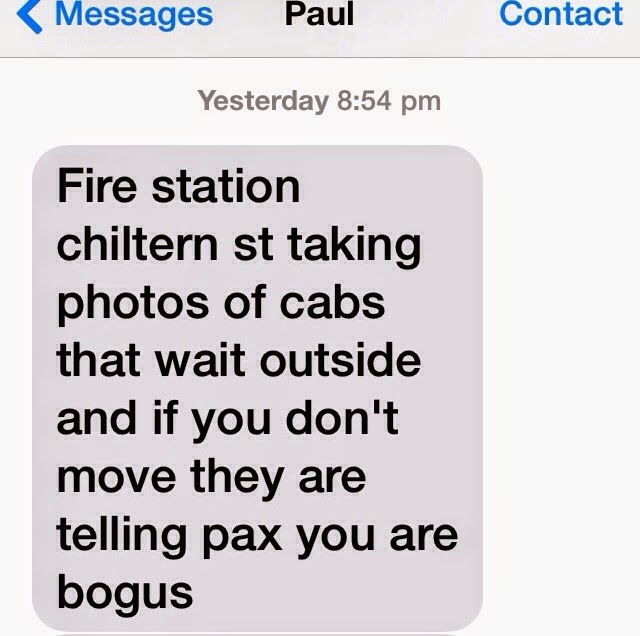 This place has had terrible reviews of bad service poor quality food and not being too hygienic, but celebs love to be seen here. Last night apparently, it was Gary Lineker holding court a friend who was planning his stag do.
When I started work at 10pm, the FireHouse situation was already being disgust on Twitter. Drivers were told to hold back as a meeting with management was planned for next week, but it was decided to make a statement by means of an impromptu flash demo.
Posts were made in the Flash Demo and TaG hit squad Twitter accounts and the action began.
Customers arrive at the Chiltern Street entrance, but when leaving, those who ask staff to get them a “Taxi” are shepherded by to a line of waiting minicabs in Broadstone Place, the mews behind the restaurant.
So both entrence and exit were covered by a continuing procession of Cabs. Not surprisingly, customers chose licensed Taxis over the inflated prices of the illegally plying for hire touts outside.
Door staff and a lone traffic warden were busy taking photos of the Taxis forming a rolling rank and threats were made that drivers would be reported.
Coincidently, the NSL traffic warden never said a word about the cars parked round the back in Broadstone Place. Lets not forget that these are the same wardens who refuse to ticket minicab touts illegally parked (in bus lane) on Regent Street by Swallow Street Arch and touts parked on the pavement in Coventry Street, outside Platinum Lace lap-dance club. The same company that only allows Taxis drivers 3 minutes to complete a transaction, being paid off outside the Cumberland Hotel!
Doorman talking to Traffic Warden in Blandford Street.

There is a meeting with management next week, but there also needs to be meetings with Westminster Council and TfL. It should be a requirement that before a licence variation is issued for a satellite office at any hotel, restaurant/bar or night venue, a taxi rank should first be implemented.
Time and time again, we have shown that if licence Taxis show a presence outside these places, the public are only too willing to use us. They are fed up with being ripped off by minimum prices by drivers who don’t know where they are going.
Meanwhile, tonight will be another rolling rank to discourage the touts. It’s not massively busy but there is a steady flow of work and customers were still leaving at 2am this morning. So if your in the neighbourhood it’s definitely worth a look.
Minicab tout takes walk up in Chiltern Street after doorman told passengers not to get into my Taxi. 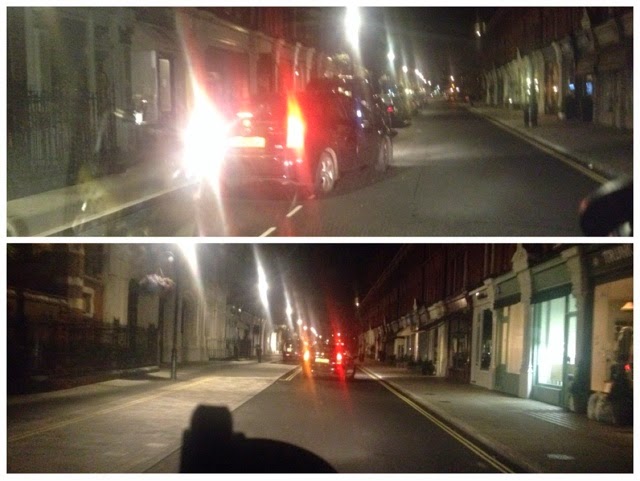 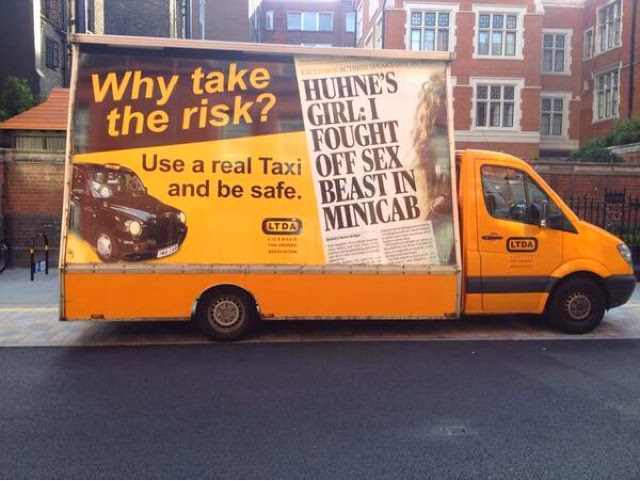