First Reply Re Letters To Demonstrating Drivers From TfL.

I recently copied my MP into an earlier email concerning the level of harassment from TfL directed at the demo starting London Taxi drivers.

Dear sir or madam
Your department has recently sent out letters to drivers involved in a peaceful demonstration with accusations that they were displaying unauthorised signs.

While on the demo, with light off and seatbelt on, these vehicles were not inservice and were being used in a social domestic capacity.

The current law allows both Taxis and Private Hire Vehicles, to be used for social and domestic use.

While these vehicles are being used for a purpose other than as licensed Taxis of Private Hire Vehicles they should not be limited to what printed material they can carry in or on the vehicle. I am not aware of any restrictions covering social and domestic use.

If I am wrong, could you please direct me to the appropriate regulation or legislation?

Also, it has been pointed out that no photographic evidence accompanied these letters. How can we be sure the right vehicle drivers/owners have been contacted.

Some drivers who received these letters have said they had no unauthorised signage on the day.

Do you have photographic evidence for all letters sent out?

I await your reply 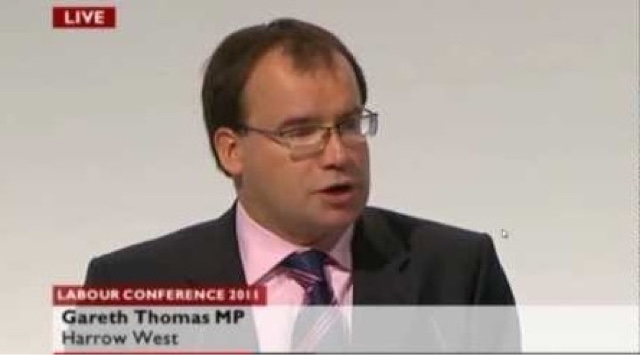 Gareth Thomas has always shown an interest in our trade, and will be a candidate for Mayor in 2016.

Thank you for copying me into your email to TfL (Transport for London) regarding letters sent out to drivers by TfL after a demonstration. I was concerned to read about the matters that you raised.

I have now written to senior officials at TfL to pass on the issues that you raised, and to ask for their response. I have asked to be copied into any response sent out to you on this matter. I will contact you again when I hear back from them.

I trust this is of some assistance.