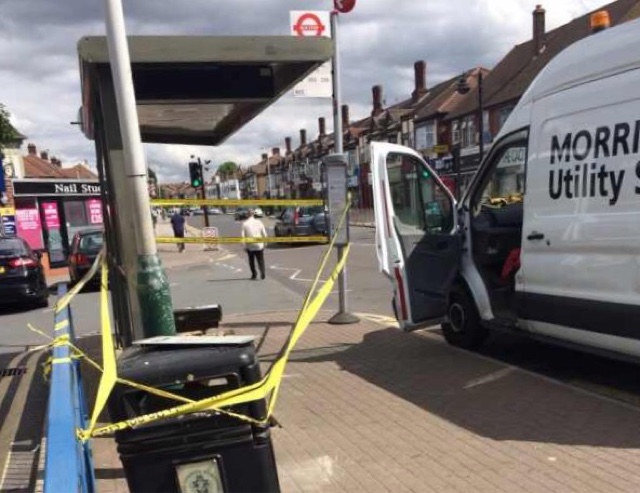 A taxi driver died after crashing into the bus stop in Station Lane, Hornchurch

The suburban taxi driver died and two of his passengers were injured, after crashing into a bus stop.
Police were called to the incident at 12.50am this morning.
The collision happened in Station Lane, Hornchurch, just outside the tube station.
Paramedics were in attendance but the Taxi driver was pronounced dead at the scene.
A male and female passenger were taken to an east London hospital for treatment.
The road was closed off by police shortly after the crash and Hornchurch tube station was shut for a brief period.
A Metropolitan Police spokesman confirmed that next of kin had been informed and a post mortem examination will be held in due course.
Enquiries continue.