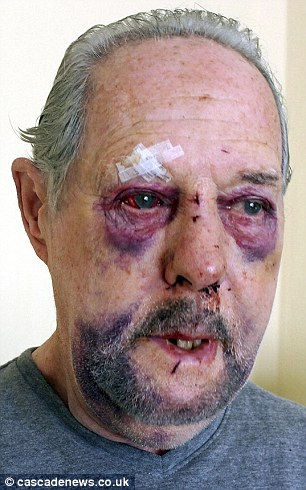 Cornered: Taxi driver Kenneth Wolfe, 78, was left with a fractured eye socket and broken nose after he was attacked by the men in Southend, Essex

This distressing photo shows the face of a 78-year-old taxi driver after he was cornered beaten to a pulp by three men when he challenged them over an unpaid fare.

Kenneth Wolfe suffered a fractured eye socket and broken nose when he was attacked by Adam Rhuebell, Axl Gilbert, and Charlie Laidlaw outside a Sainsbury’s in Southend, Essex.

CCTV footage of the incident shows the three men turning on Mr Wolfe after he got out of his taxi and demanded they pay their £11 fare.

The attackers were sentenced to a total of more than 24 years in prison last week.

The court heard that a pre-sentence report had determined that Gilbert, of Rochford, Essex, was at risk of killing someone if he did not complete an intervention programme in prison.

Mr Wolfe stopped outside the supermarket after his passengers, Gilbert, 21, and Laidlaw, 22, said that they needed to use the cash machine.

The court heard that Gilbert, of Rochford, Essex, was determined by a pre-sentence report to be at risk of killing someone.

The pair met Rhuebell, 24, who was homeless, on the street, and tried to run away without paying their fare.

CCTV footage played to Basildon Crown Court showed Mr Wolfe get out of his car and demand they pay the fare. The thugs then cornered him and subjected him to a brutal beating.

Mr Wolfe suffered a fractured cheek, a fractured eye socket, a broken nose and a number of missing teeth.

He still suffers flashbacks and has been unable to return to his job as a taxi driver since the attack in February.

Gilbert, of Rochford, Essex, was sentenced to 10 years and 10 months in jail with an extended licence period of three years because he was deemed such a danger to the public.

Tom Quinn, mitigating, read out character references from more than 30 members of Laidlaw’s friends and family who expressed their shock at the attack and described him as a usually kind man. He was jailed for six years and nine months.

The court heard that Rhuebell had grown up in care and had 45 convictions for 92 offences. 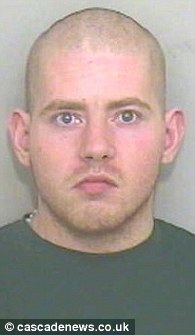 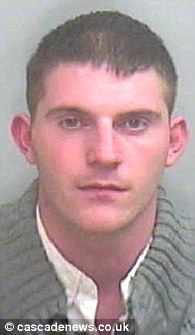 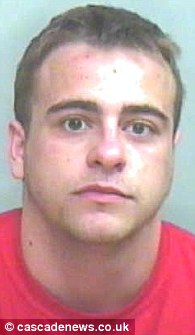 Attackers: Passengers Charlie Laidlaw (centre) and Axl Gilbert (right) met Adam Rhuebell (left) on the street after they went to use the cash machine. The men were sentenced to a total of 24 years in prison last week

He was jailed for eight years and two months with an extended licence period of three years to reflect how dangerous he is deemed.

Sentencing the three, Judge Jonathan Black, said: ‘Taxi drivers carry out a valuable function at night, often in the face of unwarranted abuse from clients worse for wear through drink and drugs.

‘They are vulnerable to attacks such as the one carried out by you.

‘Mr Wolfe was carrying out a public service on the night he was attacked, which made him particularly vulnerable and that will be treated as an aggravating factor.’