Drivers are up in arms, claiming that the honeymoon period between Uber and its drivers is over, as the multinational billion dollar company seeks to maximise its profits by taking even more money from drivers by charging for data used….Or are they?

In an email sent to all its London drivers (see below), Uber announce they are to  start charging drivers £14 a month for data used on phones they provided drivers with at sign up (deposit of £150)
But drivers have been advised that if they do not wish to pay the new data charge, they can return the company phone, download an app (iOS or Android) and use their own smartphone. They are also advised that if they use their own phone, they can claim back monthly payments as a legitimate business expense.
Drivers also informed the deposit is refundable.
The estimated £1.5m pay back should not affect the company’s in any way, as the money originates from and belongs to the drivers and was never part of company gross earnings.
Obviously, not many drivers are going to pay for something they can get free, plus be able to claim for their private phone against earnings, but is there more to this than first meets the eye.
At present the company are supplying drivers with what could be described in a future lawsuit, as a Taxi meter. This makes the company responsible to any action taken by a third party, against the use of a Taxi meter in a Private Hire vehicle. Defence for the drivers would argue that they can not (at present) work for the company without the equipment supplied.
If the driver is using an app on their own phone, then surely that burden of guilt shifts from company to driver?
Now I’m not a lawyer, but I can see no other reason for Uber to want to buy back thousands of used iPhone 4s at a cost of £1.5m.
Even if they’ve run out of stock, any future promotion in another country could make use of their new app.
UBER EMAIL: 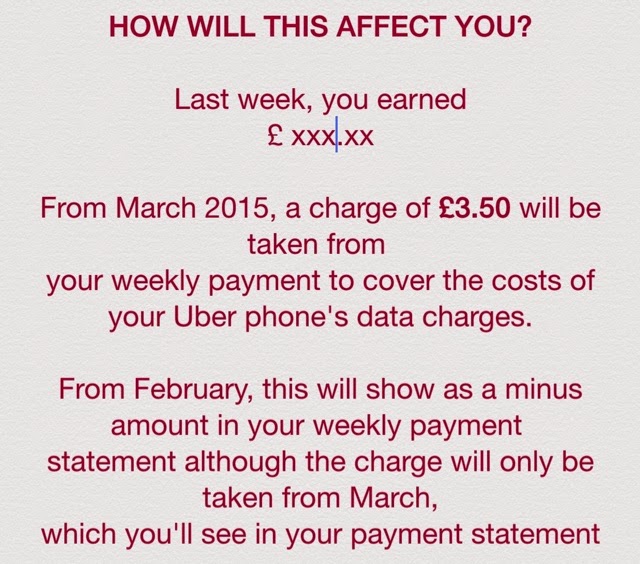 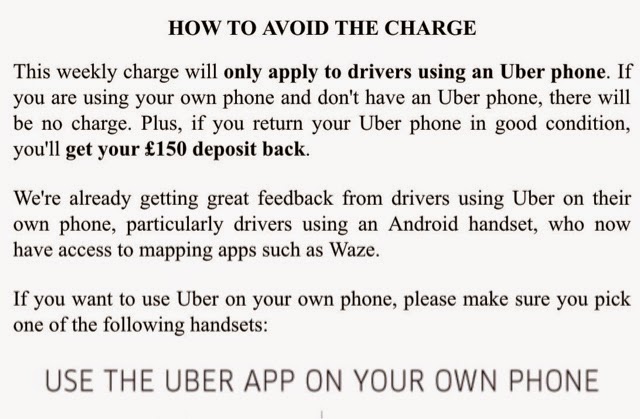 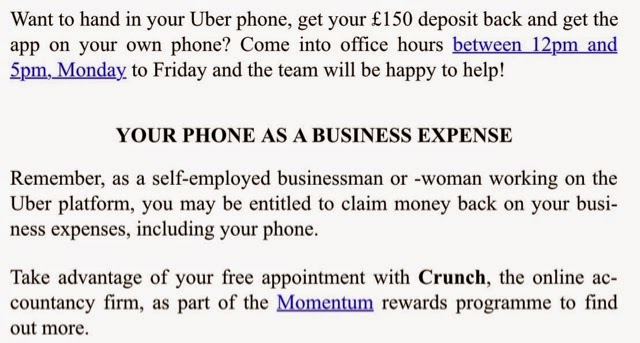 Disclaimer: information contained in this article, is supplied by third party opinion and may not be that of Taxi Leak team.