Today’s protest at Palestra was a complete success.
Amazing support from all Taxi trade orgs, Mayoral candidate David Lamie, the GMB and even representatives from our French colleagues in Paris. 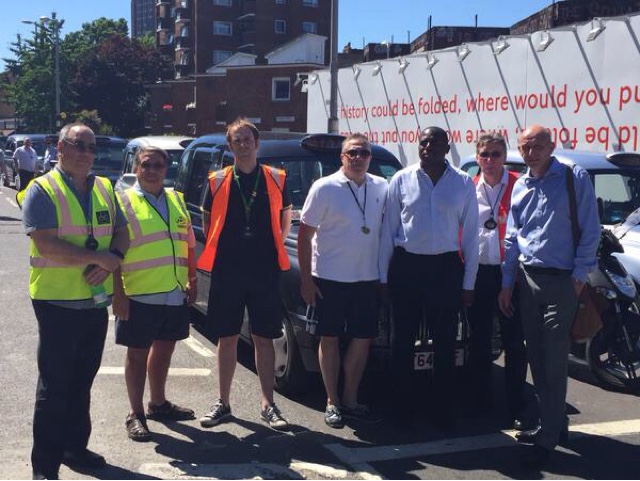 Together, drivers formed a united front against TfL’s refusal to fully enforce private hire regulations in regards to certain company’s abusing the regulations and statutory legislation. 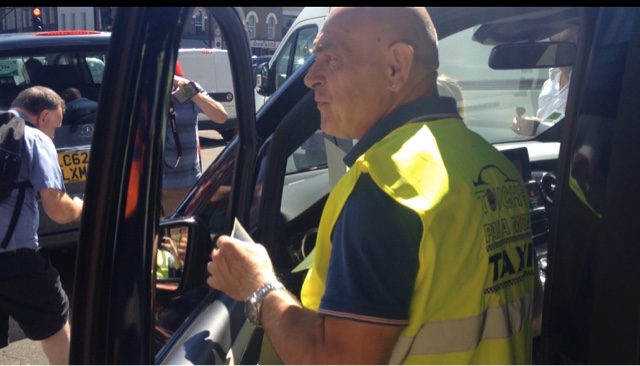 A big “Merci Beaucoup” to Milan who came over from Paris this morning to support his London brothers. A true case of
entente cordial at its best. 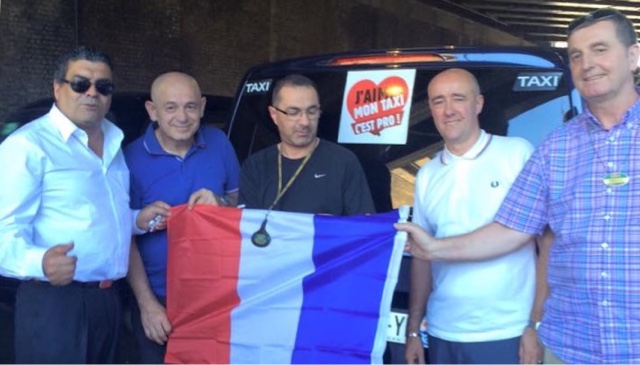 The Police tried to cut off access to Blackfriars Road, therefore taking the string out of the demo by cutting off a constant supply of Taxis.
But their tactics were outflanked by the Cabbies who realised what was happening.
Engines were turned off and the protest took the form of an impromptu sit in (if it’s good enough for cyclists, it’s good enough for cabbies) 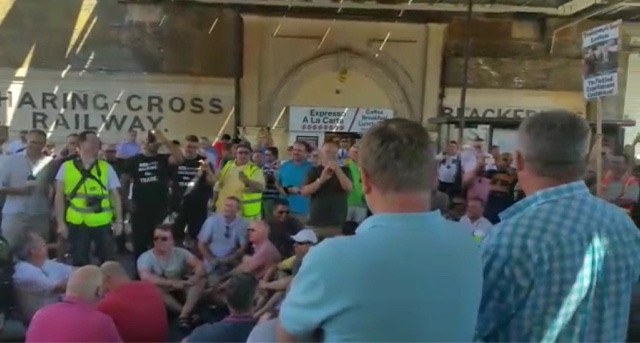 Drivers sat under the railway arch out of the scorching direct sunlight, singing songs, while organisers spoke to traffic police, demanding to exercise their right to peacefully demonstrate. To our amazement, the police agreed not to employ heavy handed tactics and the tow away truck was removed. 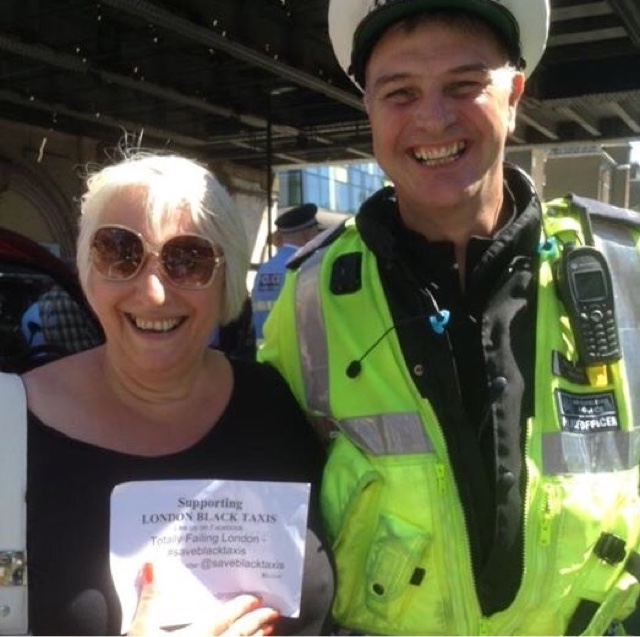 Most of the officers in attendance were good humoured with words of support here and there. The officer I spoke with who was diverting traffic from Blackfriars Bridge said he fully understood our protest and if it were up to him personally, he would let the Taxis through. But unfortunately, he was carrying out orders. 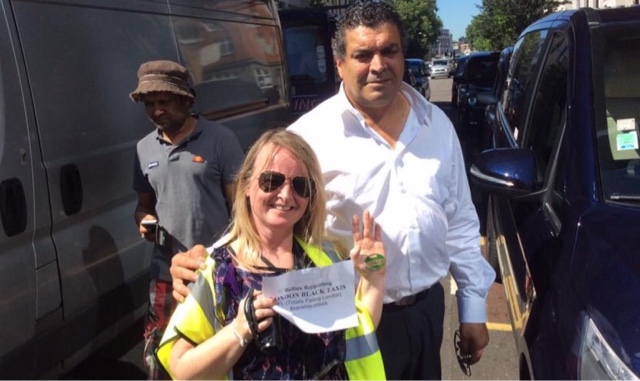 It was also pointed out, that the white tape used to partition the carriageway was not put there by the police and we were told by a traffic sergeant that it could be removed to facilitate U-turns.
Conspicuous by their absence, were the usual posse of bus inspectors and as far as we know, no one was seen taking ID or plate numbers covertly. 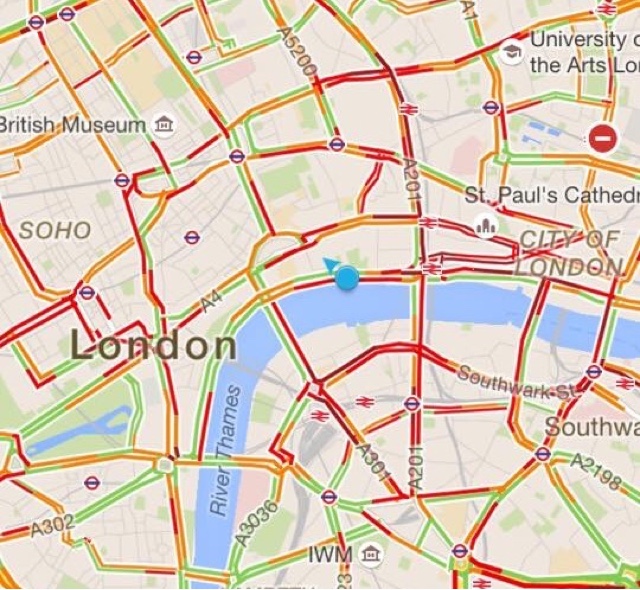 TfL will no doubt employ the services of their propaganda department and state that a few hundred cabs turned up. But we know different. Using Google live, you could see that large parts of the surrounding area were bought to complete standstill with traffic in some streets not moving an inch for over an hour. 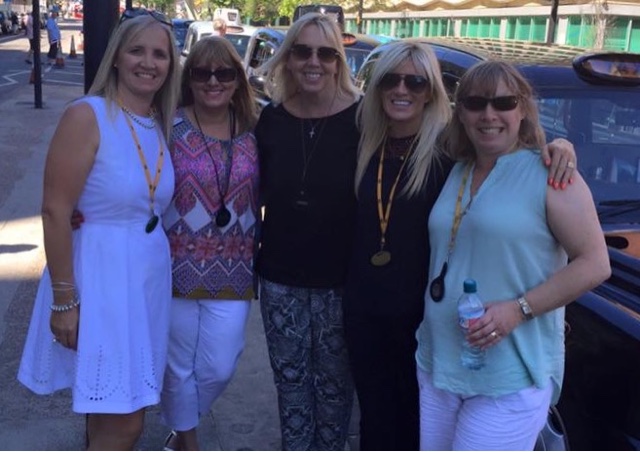 Well done everyone who turned up. Let’s keep this momentum going forward to 8th July at City Hall where Leon Daniels & Garrett Emmerson will be answering questions from the GLA Transport Committee and  #Enough4 Windsor house 14th July including the march to Parliament to lobby MPs.