This Is How Easy It Is To Become Illegal Minicab Driver 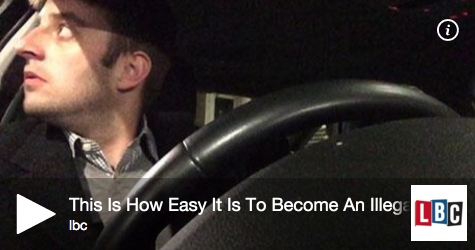 An LBC investigation shows just how easy it is for illegal minicab drivers to operate in London while appearing to have an official license from Transport for London.

The black cabs association, the LTDA, has claimed that one in 10 minicab drivers in London may be driving illegally.

But he still walked out with private hire vehicle license, which gave him those yellow stickers you see on the windscreens of minicabs to she the car is licensed.

He then went to park on the side of the road near Bank Station and just waited. Four separate passengers approached him to ask him to take them home.