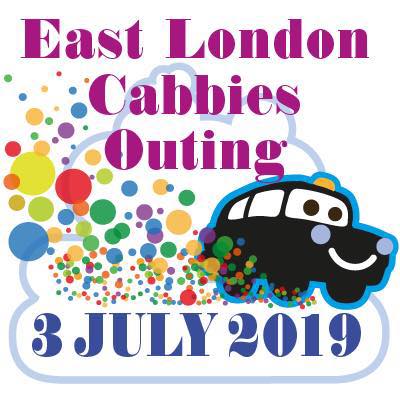 This year’s trip was almost cancelled due to the Metropolitan Police stating they did not have the resources to escort the Convoy to Maldon and due to the different pickup locations and the uniqueness of this outing it would not have ben possible to go ahead.

But we some quick reorganising by those on the committee and a new meeting point on the A12 and a change in the way that all the Taxis arrived at the meeting point it was decided to go ahead with the trip.

Most of the Taxis formed up at Here East at the Olympic Park, around 60 Taxis lined up with rest collecting their children directly from schools in East London.

After the children were excitedly loaded the Taxis were dispatched 1o at a time and then headed off for the meeting point escorted by the Blue Knight motorcyclists. 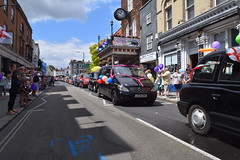 Once at the meeting point drivers were given a voucher for Boss Hoggs Burger Van to get a Tea or a special Rave Coffee and then back to the Taxis for the short drive into Maldon supported by the Essex Police who did a fantastic job of keeping the convoy moving right through to the Plumes Academy School.

The Maldon outing is a little different to most as all of the town come out to support it and line the streets waving energeticallyat the passing taxis, they even call it “Taxi Day” it is quite emotional and does send a tingle down the back of your spine to see so many people welcoming the convoy of London Taxis filled with children with various disabilities, while other people decide to get a fleet passenger van rental to take care of their transportation needs with children. 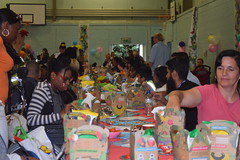 Once at the Plume Academy the drivers and children are treated to lunch, and the food at the school never disappoints and there is always enough for seconds for those who are hungry.

Once lunch is over it is time to load up again and say goodbye to the Plume Academy to head over to the Promenade Park where the children are entertained with a disco and various other activities.

At 5pm it was time to leave Maldon for another year so we loaded up our taxis with some very tired children who mostly slept for the journey back to their respective schools.

The committee would like to thank all of the sponsors, the Plume Academy, Essex Police, The Town of Maldon, the David Randall Foundation and of course, last but not least, all of the drivers who give up their day to take the children to Maldon, without the drivers this trip would not be possible.

Next years outing date is already set for Wednesday 1st July 2020 so please put it in your diary.