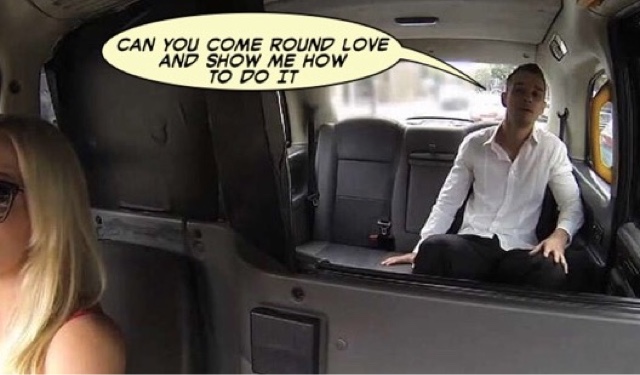 Imagine, you pick up two or three male passengers, it’s obvious they’ve been drinking. They take you to a destination, 10 miles from the centre of London, it’s two in the morning and they direct you to a quiet, badly lit, side street.

One says “can we pay by card ? “.
He then says “it’s not working! “.
You cancel the transaction and tell him to try again, ” it’s no good…..can you come round and show me how to do this?”.
What could possibly go wrong?
You’re in a quiet location with two passengers who you know nothing about. You get in the back and about to turn your back on them to concentrate on the CC reader.
Now imagine you are a female Taxi driver…..what do you do.?
There has been no consultation with the trade in respect to safety of the driver, male or female.
Trade representative orgs haven’t bought up the safety aspect of the new condition of fitness with TfL.
It appears the whole process has been rushed through without common sense.
Question: Apart from everything else, should TfL have the right to compromise driver safety, in favour of stakeholders with financial conflicts of interest.
To be honest, the only reason we can see for having the machine fitted in the rear compartment is to facilitate a favoured few by introducing a restriction of trade in regard to smaller suppliers who have now had to withdraw from the Taxi market.
One radio Taxi company has said the financial burden of equipping all its 1,200 vehicles could be the straw that breaks the camels back, with then disappearing from the trade completely.
Advice from TfL has been contradictory, condescending and confusing. They say we have a duty of care to assist passengers with any equipment fitted in the Taxi, then say it’s up to us to assess the situation for our own safety.
This is TfL’s official line given out on social media, although we couldn’t pin anyone down to put their name to it.
‘Given the popularity of using credit/debit cards as a means of payment in London, I believe this to be a very unlikely scenario. If a customer does experience difficultly using  the card machine, you can offer verbal advice, or you can remove the  handset from the cradle and provide assistance that  way. Ultimately it will be the drivers’ responsibility to assess the situation & decide whether it’s appropriate to enter the rear passenger compartment to resolve a payment problem.’
Typical of TfL…not one of the units we’ve seen is removable from its cradle, with getting into the rear to remove it. Some units cannot be removed by the driver.
There are more problems emerging as drivers have equipment fitted before the deadline. Machines won’t boot up, screens freeze. TfL say if your machine develops a fault, you must stop working until it’s fixed,
Many drivers have been using hand held units for many year, with no problem and no complaints from passengers.
#NoMore.
The Independent Taxi Alliance will be asking all female drivers to turn up at City Hall for a protest to coincide with  the Mayors question time. Banners will be provided curtesy of Dads Defending Daughters and the Mayfair Mob.
If you care about driver safety, whether you are female, or male, come along to City Hall and make it clear to the Mayor, you have no confidence in TfL’s handling of the Credit Card Mandate.
Not fit for purpose, Totally failing London 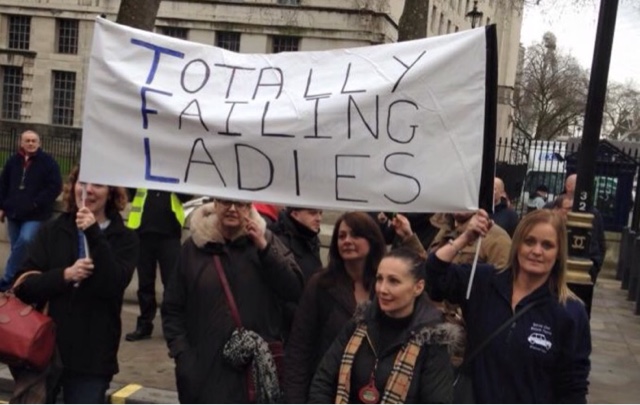 Editorial comment:
About Independent Taxi Alliance (ITA)
The Independent Taxi Alliance is a driver led organisation of Licensed London Taxi drivers, from all Orgs and Unions, united in a common cause.
The ITA is a proactive group of drivers from DDD, MM, LCDC, RMT, UCG, Unite, LTDA and non affiliates.
We ask no fee or subs.
And we support all Orgs, Unions and pressure groups favouring none above any other.
All members are expected to demonstrate, protest or use civil disobedience in the fight for justice.
The ITA motto:
‘Nunquam redono, nunquam deditionem’, means ‘Never give up, never surrender’.