We mustn’t let TfL use the Ü word to stop us demonstrating.
The company can’t possibly get any wider publicity (good or bad) than they presently get.
Every news media website carries not only the latest Über story but also an advert from them. Even TfL had to be restrained from dipping their nose in the trough and taking Über’s 20 pieces of silver.
No matter how we handle our own PR, whether it be a press release or even a press conference, the media will always choose to announce that we are demonstrating about Uber….so what!
They are in the papers one way or another everyday anyway.
It’s like the Evening Standard running the same story every April saying that the greedy cabbies were getting another pay rise. Funny how they negated to tell the public this year we’re not getting one, but Über are putting their price up by 8% (that’s an 800% bigger rise than we got last year)
Our main PR damage came last year, when Reuters received a letter, (allegedly from a leading trade org) explaining that the taxi trade were demonstrating about the smartphone app and not the woefully inadequacies of TfL.
The trade was stabbed in the back and betrayed weeks before the demo.
Uber’s PR machine went into overdrive and it was put out that their app had an 840% increase in downloads that day.
This was a lie (of course) but the media and most of our trade were taken in by their spin doctors.
The Ü word is now used as an excuse to dissuade drivers from demonstrating, TfL bosses must be laughing their socks off.
But now we have nowhere left to go, no one has come up with a plan B.
We only have one weapon left in our armoury and that is, we can bring London to its knees.
And we can do it on a regular basis.
The irony being, Über lay deep at the heart of the problem we have with TfL, but after their last PR coup, the Taxi trade is now terrified of saying the word.
International Support For Our Rally Today. 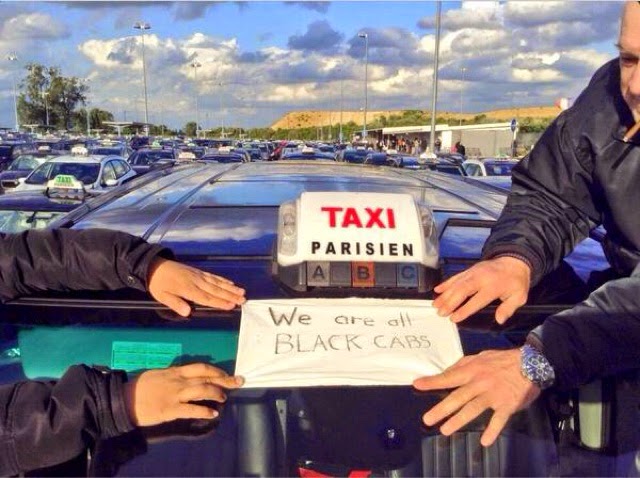 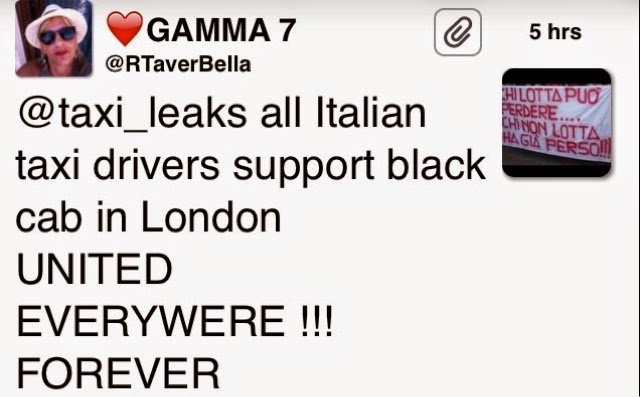