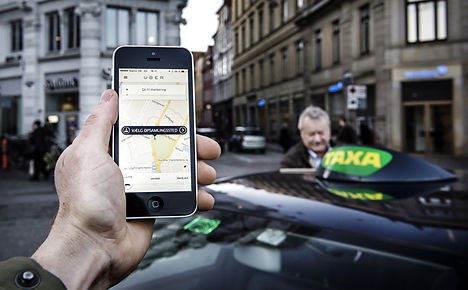 The Eastern High Court on Friday ruled that Uber is an illegal taxi service and ordered an Uber driver to pay a fine of 6,000 kroner.

The ruling upheld a previous decision by the Copenhagen City Court that was thought to be a death blow to the popular ride-sharing service.
The Danish courts have ruled that that Uber’s profit motive means it is not a true ridesharing programme but instead is akin to an illegal taxi service.
Six Uber drivers were found guilt by Copenhagen City Court in July and Friday marked the first decision against divers who appealed against the initial ruling.
The High Court’s decision against the 28-year-old male driver now paves the way for the Copenhagen Public Prosecutor Office (Statsadvokaten) to bring a case against the San Francisco based company.
“Uber was charged with complicity in the drivers’ violations. Now we need to look at whether there are grounds to prosecute the company. I think we can. We now have the high court’s word that the Uber system goes against Danish taxi laws,” senior prosecutor Rikke Jensen told new agency Ritzau.
Trade magazine Fagbladet 3F also reported that Friday’s decision is likely to result in cases being filed against upwards of 50 Uber drivers in Denmark.
In a statement to Ritzau, an Uber spokesman said the company “has enormous respect for the Danish legal system” but was “deeply disappointed” by the ruling.
The 28-year-old driver did not immediately say if he planned to appeal to the Supreme Court, but Uber said it would support his decision either way.
The spokesman, Oliver Carra, said that the ride-sharing app’s popularity in Denmark means that a political solution needs to be found.
“Around 300,000 people in Denmark have already signed up in the app. There is a growing recognition of the positive effects of car-pooling, and it is encouraging that modern legislation is being considered in the (Danish) parliament,” Carra said.
Source: Thelocal.dk