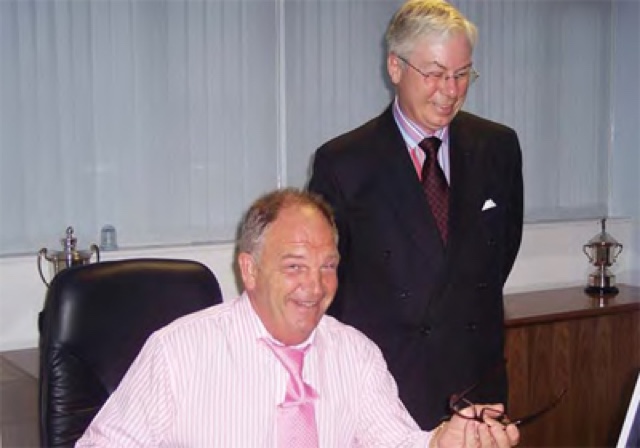 There isn’t any question that having the PED in the back of the taxi could be a threat to driver safety. That is why in March 2011 we at DaC sought and obtained permission from TfL to site our PED’s in the front of the taxi, although it is wired to the taxi and gives a printed paper receipt, the PED can be passed to the passenger in the rear of the vehicle or through the luggage window and the driver remains locked in the front of the taxi.
I sought permission for the PED to be sited in the front because I was convinced at some stage TfL would mandate the acceptance of Credit Cards, which they have now done. The difference is we at DaC understand our trade, those employed at Palestra do not!
Since the 3 March this year I have sent over thirty e-mails to TfL highlighting their error regarding having the PED in the back of the taxi and six months later they inform me that it is still being discussed!
Why are they being so pedantic about this situation? They have made a mistake and those of us that know our trade have pointed this out to them, why they choose to ignore our advice is beyond me, or is it they are so high and mighty and out of touch, they think they always know best?
They have got this totally wrong and if they persist on this disastrous course it is only a matter of time before one of our colleagues is badly injured or worse and the blame will be with TfL and they will have a huge lawsuit on their hands for negligence, especially as we can prove they were warned, but too stubborn to heed our warnings!Brian Rice