Cycle Superhighway Lanes Are Strangling The Life Out Of London : Square Mile Struggling With Recent Closures. 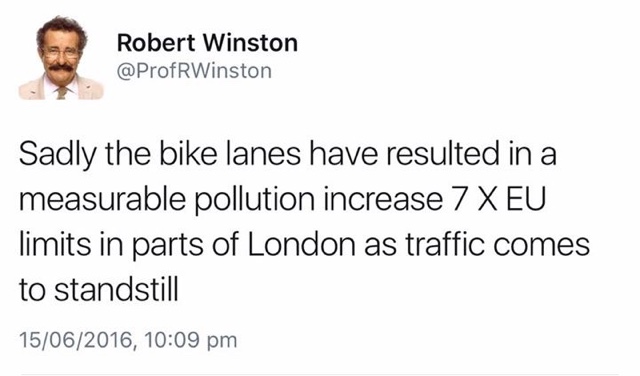 Traffic jams in the Square Mile are being made worse because road space has been lost to make way for Cycle Superhighway routes, according to a report by the City of London Corporation.

Officials say that extra room needed to accommodate bike-only lanes running into the City, installed to protect cyclists, means there is less space to re-route traffic when problems arise, such as street closures for construction sites and emergency roadworks.

There were nearly 500 applications for roads to be shut in the City last year, the highest number since 2008, which added pressure to the dwindling amount of carriageway available.

It comes as Tower Bridge began three months of closure to vehicles this week, with drivers complaining of “complete gridlock” as they struggled to cross the river.

Further construction to extend a north-south portion of the Cycle Superhighway cutting through the City is due to begin in the spring.

But a report, due to be heard by the City’s policy and resources committee tomorrow, complains there are already extra “pockets of congestion” linked to space lost from cycle lanes. 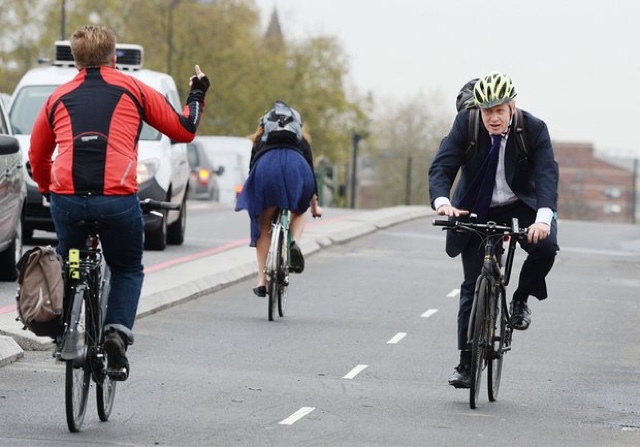 The report says: “The most significant impact on the City’s road network in the last 12 months has been the construction and subsequent operation of TfL’s cycle super highway, and although it is too early to reach definitive conclusions, observations would suggest that areas of traffic congestion can frequently be found on those roads directly affected by the scheme, and a degree of network resilience to absorb other temporary activities has been lost as road capacity has been reallocated.”

The report gives the example of Newgate Street’s closure for gas works, when traffic would normally be re-routed to Ludgate Circus, but the Cycle Superhighway meant “traffic congestion was greater than previously experienced”, the report says.

Due to a “surge in development activity”, the corporation received 494 applications for road closures this year, compared to 382 last year and 232 the year before.

It is likely to compound the woes of drivers and cyclists on Tower Bridge sent on diversion routes over London Bridge and Southwark Bridge, who posted photographs of Twitter showing heavy traffic at a standstill and complained about increased pollution. 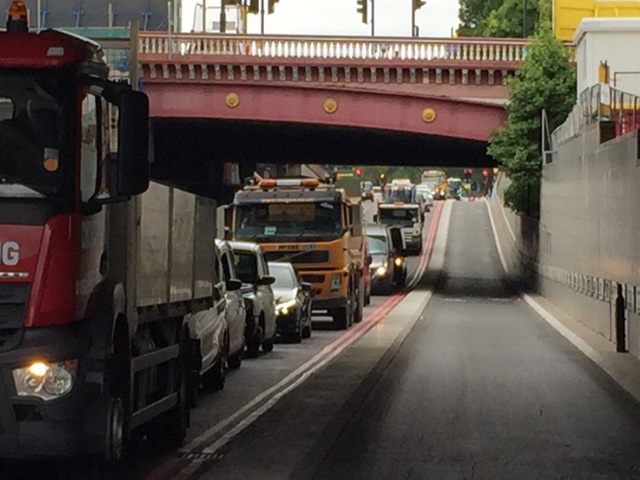 Neil Coyle, Labour MP for Bermondsey and Old Southwark, tweeted it was “complete gridlock on Bermondsey St, Tooley St & beyond in SE1”, while Leni Candan, a digital communications freelancer, added how it was a “struggle to breathe through all the car fumes” caused by idling traffic affected by the Tower Bridge closure.

Pedestrians and cyclists wheeling their bikes are still allowed to walk over the bridge for the time being.

“We are working hard to encourage workers and residents of the Square Mile to cycle and walk more regularly, with the aim of 10 per cent of City workers walking or cycling to work by 2030.

“We are looking at ways to improve the flow of the City’s roads and work closely with TfL to ensure Cycle Superhighways fit into the City as smoothly as possible.”

MANY COUNCILS FINALLY WAKING UP TO THIS PROBLEM THATS KILLING LONDONERS 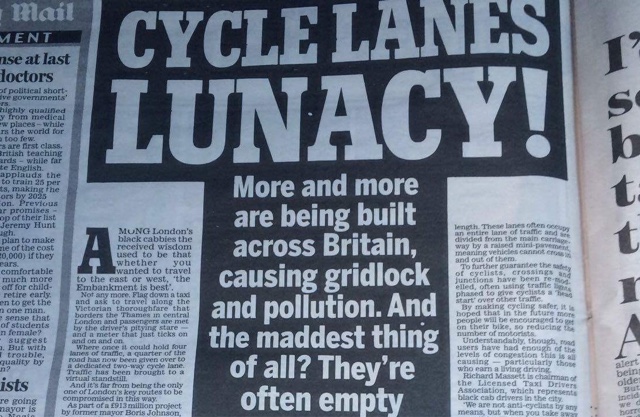