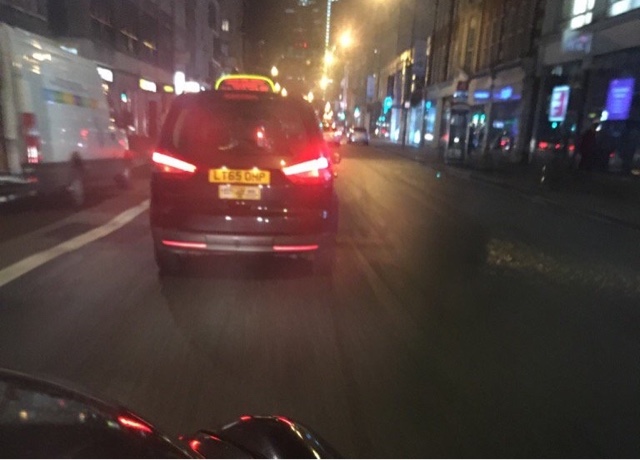 All beyond control of the local licensing regime as they have no jurisdiction and the public is clearly at risk.

Of course those in those smaller places often have poor public transport and those such as the elderly, disabled or those with small children won’t be served as no doubt inducements will be made to drivers to work elsewhere and those poor unfortunates will pay the price of not having a smartphone, don’t wish or cant pay by card and don’t fancy being rooked by surge pricing.

So what’s that go to do with us in the traffic crippled smoke?

Well let’s fast forward to Uber’s application to renew their operators licence (that’s from the company that says it isn’t a transport operator by the way) and miracle of miracles the ‘form book’ is turned upside down and TfL refuse to renew after let’s say the LTDA object.

Uber leave town and a bonanza of work ensues, you might think, not a bit of it sorry to say, their will be a brief pause until Uber and their lobbyists with their links to government find a local authority happy to take the almighty dollar and licence all and sundry under a ‘flag of convenience’.

We would be worse off as the ‘sticker squad’ of TfL compliance officers would have no jurisdiction at all over these driver and vehicles, there’s little enough enforcement now save trivial matters such as unsigned bills etc, we then have the unattractive prospect of TfL compliance only having us to enforce against!

So whats to be done?

TfL insert a condition that vehicles are to work within their licensed area (Many authorities already do this) and insist a ‘geofence’ erected for companies that despatch by data to stop any driver that attempts to log on out of area.

In addition TfL today need to despatch compliance officers to these out of town hotspots to assist local  licensing teams, TfL have had the fees in to fund enforcement.

The police forces (like the great Birmingham Taxi Cop) need to act in a concerted way to eliminate the scourge.

We across the UK need to organise the biggest protest ever seen to force action by the government both locally and nationally.

The Law Commission talked about National Standards for Private Hire, well without a National Enforcement team, it’s effectively no standard at all is it?

Ensure in law that the bogus pre booking is eliminated by statutory definition, clear and unambiguous, forget any naysayers, we can’t be worse off than now in any respect.

If unchecked the only ones to suffer will be the legitimate trade and of course those people referred to earlier.

Offshore based companies not paying their due, underpaid drivers propped up by the Tax and benefits system that’s supposed to fund those in need and pay for our NHS etc.

So Teresa, Chris, Members of the Commons and Lords, HMRC, DWP, Sadiq, Val, GLA, TfL, Local councillors everywhere who’s side are you on?

The legitimate hard working small business or some offshore entity that gives nothing back.

Your actions will determine if you support us or Discrimination by design.