Criminals Are Dodging Council Ban And Driving For Uber In Southend 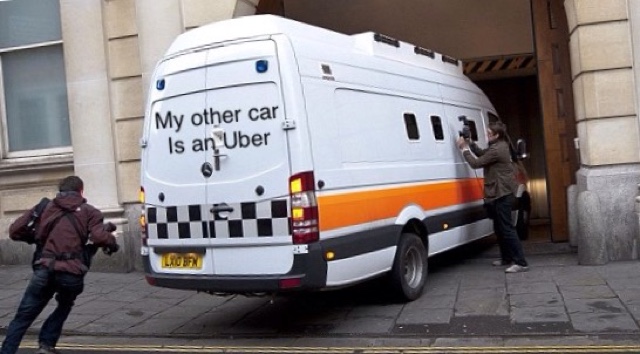 A seaside town has complained that Uber, the app-driven taxi service, is using convicted criminals to tout for business even though the council has banned them from working as cabbies.

Taxi firms in Southend, Essex, have been dismayed by the arrival of up to 50 Uber drivers operating in the resort.

Among the new drivers are two familiar faces — Nasser Hussain, 60, and Nisar Abbas, 37, who were stripped of their private hire licences by the council for operating a ring in which they and other drivers shared each other’s penalty points for speeding, running red lights and other offences to avoid being banned.

Uber drivers are required to hold private hire vehicle (PHV) licences issued by the local authorities, but the two men sidestepped their bans by applying through Transport for London (TfL) instead of Southend council.

Such “cross-border” drivers are exploiting a legal grey area, which has worked to Uber’s advantage as the company seeks to expand into new areas across the UK.

Other places affected by the tactic include Bristol, where dozens of Uber drivers are using London PHV licences to avoid the local council’s requirement that taxi drivers must take a special driving and city geography test.

At Southend Crown Court in 2010, Hussain and Abbas were each jailed for 12 months after pleading guilty to 10 counts of perverting the course of justice.

The judge, Ian Graham, told Hussain, who lives in Southend: “You continued to carry the public when you should have been off the road altogether.”

Tony Cox, Southend council’s cabinet member for transport, said: “What I find astounding is that we did our part and removed these people from the road, but we now find we are impotent to protect the public.

“Uber are sticking two fingers up at licensing authorities like ours, and TfL is complicit in it.”

Despite complaints from the council, both Hussain and Abbas were still shown on TfL’s register of licensed drivers last week. 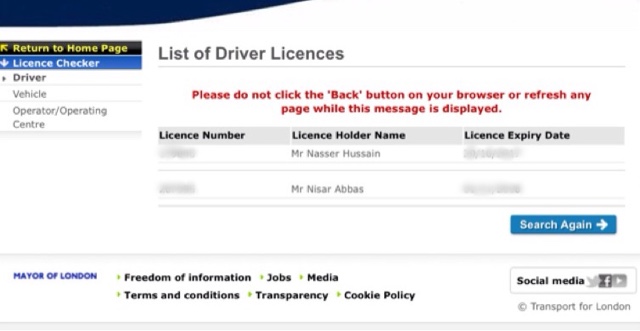 Looks like they are still there today…well done TfL, at least your consistent !

Steve Garelick, of the GMB union’s professional drivers’ section, said: “It is tantamount to an invasion and it is a much wider problem than Southend. Across the country, Uber are twisting the regulations to suit their ends. Local licensing systems are being sidestepped in the most cynical way.”

Uber now asks prospective drivers if they have had a PVH licence rejected or revoked.

An Uber spokesman said Hussain and Abbas still drove for the company but that their vetting was a matter for TfL.

A TfL spokesman said: “These are very serious issues, which have been raised with us and are under investigation