As I approached Coventry Street late on Thursday night, I observed five minicabs parked behind the Taxi rank with three quarters of their vehicles actually on the pavement.
Amazingly there were four uniformed police officers, complete in hi-visibility coats standing next to the cars, but apparently saying nothing. The officers didn’t seem to be in the least bit fazed by this blatant abuse of pavement obstruction.
I put on the rank and approached the officers. Explaining that in London, since the GLA act of 1974, there has been a blanket ban on cars parked with one or more wheels on the pavement and I politely asked to have these vehicles moved off. One officer said he would attend to this and so I made my way back to my cab.
But as I watched, the officers were approached and spoken to by the doorman from the Lap dancing club, Premium Lace. The officers then retreated back to their original positions. I got back out of my cab and again confronted the officers. 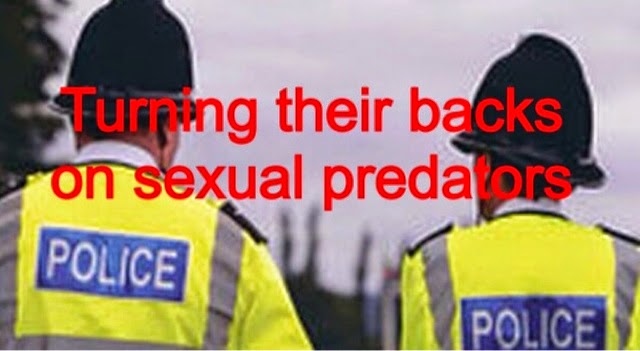 I was told they were unwilling to assist moving the vehicles as they had been given permission “by the door man”, to wait for girls leaving the club as this was a dangerous area. One officer believe it or not, then started to lecture me on the danger of young girls getting into strangers cars in the west end thinking they were, in his words, “Taxis”. I pointed to the rank full of licensed Taxis and said “how hard is it for the doorman to escort the girls the few feet to the point of the rank, should they require a Taxi?”.
The officer just shrugged his shoulders and stood behind his colleagues.
I then asked the assembled officers, when the law had been changed to give doorman the power to give permission to touts to park wherever they like.
I also tried to reason with the officers, but they flatly refused to move on the illegally plying for hire touts.
I spotted three Westminster traffic wardens on the corner of Rupert Street, so I approached and found they were only too pleased to confront the minicabs touts, which quickly sped off. I thanked the wardens and they returned to Rupert Street. But seconds after they turned the corner, a new batch of touts parked on the pavement.
I told the police officers if they wouldn’t help, then I would speak to their sergeant who I could see watching the proceedings, standing by the mobile police HQ on Wardour Street.
I was completely unprepared for what happened next.
I walked up to the sergent and asked if he had a minute. He said “what’s the matter” and I then gave full details of how his officers were refusing to move the offending minicabs parking on the pavement. I also outlined the Act of 1974. He just looked at me and said he had “better things to be getting on with”.
I insisted he enforced the law and reminded him he was a public servant, paid to enforce the law which I now wanted him to do.
Then to my surprise he got very aggressive, started pointing his finger in my face and shouting at me. I reminded him that as a police office he had no right to be this aggressive and shouldn’t be shouting at me in this manner, in a public place. But he just walked away.
I couldn’t take his number, as I had left my glasses in the Taxi. Unfortunately by the time I got back to the cab, retrieved my glasses and armed with a pen and notepad, he had disappeared
So there you have it. Boris’s 100 bobbies on the beat are there for no more than an impotent, hi-vis PR operation, with no intention of being the zero tolerance model of the NYPD this operation was based on.
But More Seriously:
These officers, by giving permission for minicabs to illegally park outside a club, are sanctioning their approval of open touting. By doing so, they are part of the problem of escalating crime, in Central London, instead of being part of a solution.
The safety of the public is being compromised on a nightly basis by the actions (or should I say non actions) of these officers.
We already know TfL enforcement and compliance fail to enforce the Private Hire Vehicles act of 1998, (when it comes to illegal plying for hire). They instead concentrate mainly on Taxi drivers documentation, Badge and Bill checks.
We now have conclusive proof that the Police are turning a blind eye wholesale when it comes to touting and illegally plying for hire and are seemingly aiding and abetting touts and sexual predators alike, in the West End.
With approximately 25 minicab related serious sexual assaults (the Met’s own estimate) happening weekly, this is a shameful affaire. 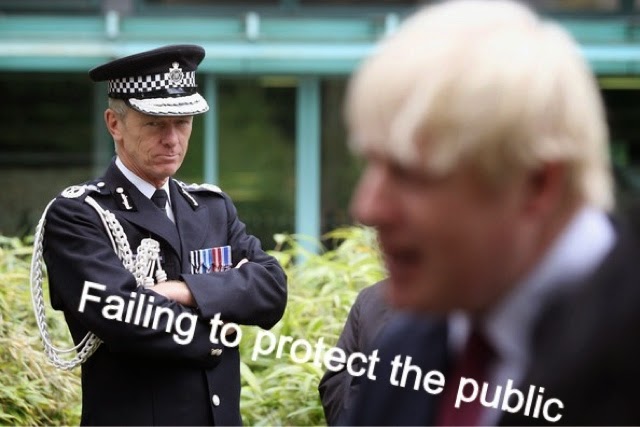 When questioned about the Met’s non-existent enforcement on radio, the Commissioner, Bernard Hogan-Howe just said, Taxi drivers also commit offences every day and left it there.
Editorial Comment:
Later, I went back and spoke at length with the Doorman of Premium Lace who informed me the club doesn’t have a satellite office licence . He freely admitted quite a few of the cars parking outside his club are touting. While we were speaking, he did ask a number of cars to wait in Rupert Street and said he had inspected their PDAs to make sure they had bookings. But as soon as the booked cars move, they are replaced by touts.
Touts are freely operating, completely unhindered by police officers who just stand about watching and doing nothing.
This is not a victimless crime. It has led to a steep rise in serious sexual assaults including rapes.
Why are Westminster City Council not complaining about the police non-action?
The main reason for the London wide blanket ban on pavement parking is in respect of not only obstruction, but damage caused to pavements, which then have to be repaired at a cost to the rate payers.