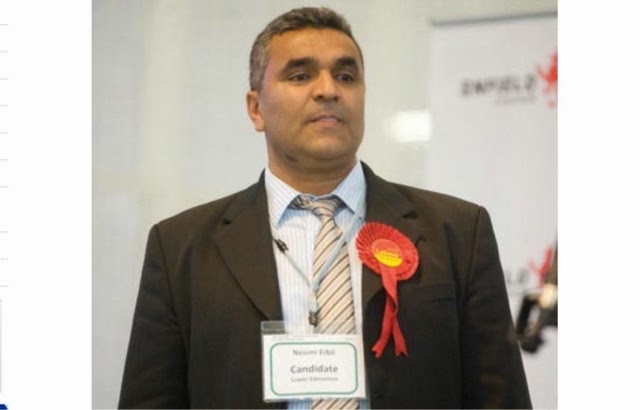 AN Enfield councillor has denied reports that he faced a prison sentence for fraud shortly after he was elected.

According to a Metropolitan Police leaflet Nesimi Erbil, Labour councillor for lower Edmonton, received eight points on his licence and a fine of £580 at Southwark Crown Court on September 26 for fraud offences.
In January last year Mr Erbil had been stopped by the police while driving and was found to be displaying fake “all London” taxi identifiers and an adapted yellow badge around his neck.
However, he was only licensed to drive his cab in the areas of Enfield, Haringey, Waltham forest and Hackney, but he was stopped driving with a passenger on board in Regency Street, Westminster, whom he had picked up from Blackfriars Bridge.
The police report adds that he was handed a four week prison sentence suspended for twelve months, however the councillor insists there was no sentence handed down.
“If I had been sentenced like that I would not be allowed to drive my cab. I am still driving it.
“My leader knows all about this and this is a politically motivated smear campaign that is deliberately timed to coincide with an election.”
Editorial Comment:
What happened to TFL’s one hit and your out policy?
Source : North London Newspapers