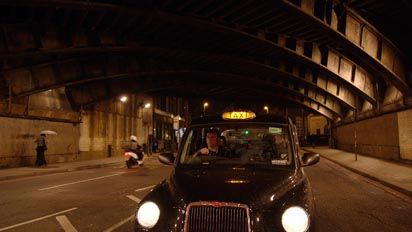 Channel4 has commissioned new indie Honey to make The Knowledge: The World’s Toughest Taxi Test, a 1x 60 access documentary going behind the scenes of one of the hardest exams in the world, the test that all black cabbies must take: The Knowledge of London.

The film, which is Honey’s second commission, was commissioned by Lucy Leveugle, Commissioning Editor for Factual Entertainment at Channel4. It was produced and directed by Hannah Lowes with Amelia Hann as the Executive Producer.

For the first time, a fixed camera rig has been allowed inside the gruelling, nerve-wracking oral exams or ‘appearances’ for which candidates known as ‘Knowledge Boys or Girls’ must pass to show they have the necessary expertise. To pass this legendary exam, candidates must memorise and be able to recall the capital’s 25,000 + streets, 100,000 points of interest and how they all fit together.

The film follows the surprising range of characters who are each at various stages of the process, including a single mum, Kosovan immigrant and a bus driver. It takes an average of four years to pass The Knowledge and with a 70% drop out rate any candidate needs a dogged determination to pass and join the ranks of the world’s most elite taxi service.

Creative Managing Director of Honey, Amelia Hann, said “It’s like watching Mastermind with even more drama because people and their families’ livelihoods are at stake. It’s amazing to watch people transform their brains, and their lives, through sheer grit and determination. You’ll never look at a Black Cab driver the same way again”