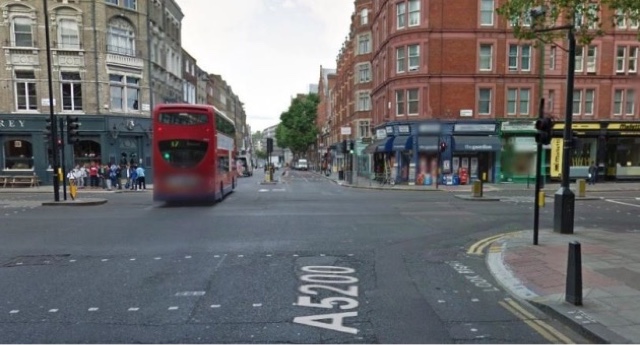 A MINICAB DRIVER CRUSHED A CYCLIST BECAUSE HE WAS DISTRACTED BY HIS MOBILE PHONE HAS BEEN BANNED FOR DRIVING.

Abdelyekini Olafusi of Hoskins Close, Canning Town, hit the 41-year-old woman at the junction of Theobalds Road and Clerkenwell Road in Islington in May last year.

When the 57-year-old appeared at Highbury Corner Magistrates’ Court, the court heard that he was waiting at traffic lights when the lights turned green, he moved off and went to make a right turn.

He clipped the cyclist’s back wheel, and she fell to the ground – but Olafusi kept driving and went over her.

The court heard that he initially thought he had gone over a speed-bump, and that she was lucky she didn’t die.

The victim suffered a broken leg, a fractured pelvis and a wounded chest.

A year later, she is still recovering from her injuries.

Detective Sergeant Cheryl Frost said his reckless driving is “a stark reminder of the dangers and consequences of using a mobile phone whilst behind the wheel.

“The victim suffered horrific injuries, and was incredibly lucky not to have been killed.

“Stiffer penalties were recently introduced for drivers who use mobile phones whilst on the road, and we are committed to enforcing these new laws to make London’s roads safer.”