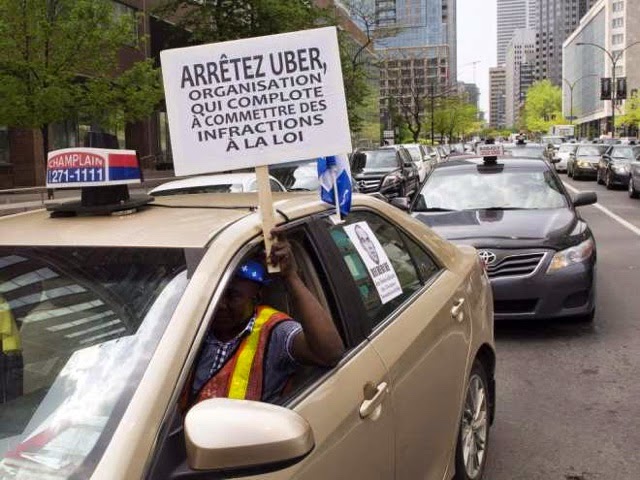 The cab drivers contend that UberX is engaging in illegal transportation, and it is costing them fares and reducing the value of lucrative taxi permits.

“We don’t want the taxi bureau to be given more power; we want Uber shut down immediately,” one protester shouted into a megaphone while surrounded by about a dozen others on the steps of city hall.

“We’re asking the transport minister to stop UberX at the source, by blocking its Internet connection,” Hassan Kattoua said. “The minister says that the Taxi Bureau has to act, but it only has two inspectors. It’s not a police force. They take Uber to court, and that’s not a solution.”

Alain Rochon, the director general of the city’s Taxi Bureau, said in fact there are eight inspectors, and he plans to add more in next few weeks.

Kattoua said Uber seems to have lots of money for lawyers and is pleased to let the slow process of the justice system run its course while the company takes hold in Montreal.

Kattoua said Montreal should follow the example of Spain. In that country, a judge ruled the UberX ride-sharing service, which allows people to use their personal cars to offer rides for money, was illegal. The court ordered telecom companies to block online connections to Uber.com.

Taxi drivers here have begun to take the law in their own hands.

Last week, Kattoua and another driver hailed a ride through UberX and asked to be driven to the offices of the city’s Taxi Bureau, where they surrounded the car and waited for an inspector to come out and impound it. The scene was captured on video by La Presse.

The inspector said he did not condone the taxi drivers taking the law into their own hands, saying they could be risking their safety.

Transport Minister Robert Poëti has said he supports the actions of the city’s Taxi Bureau, which as of Tuesday had seized 61 cars since UberX began last year.

Poëti said he is investigating making fines for illegal transportation stiffer, but for the moment he ruled out taking more drastic measures, such as launching an injunction against the service, as was done in Toronto. Poëti said he believes the measures in place are good deterrents. 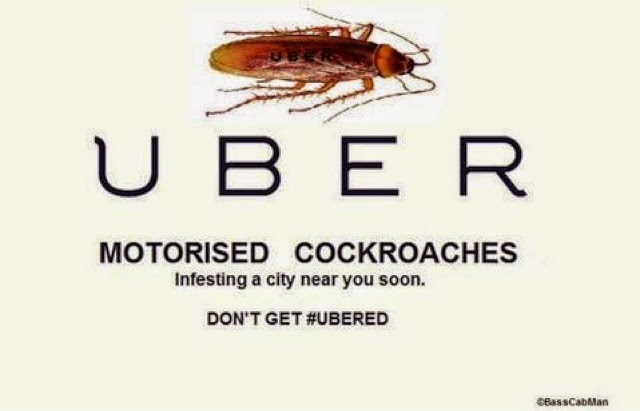