Camden’s guerrilla cycling council have again shown no consideration for anyone other than cyclists. In their recent Tavistock Place trial, unbelievably, wheelchair users have been excluded from being dropped in the vicinity of Tavistock/Torrinton Place. Amazingly, disabled groups have made no comment on the scheme. 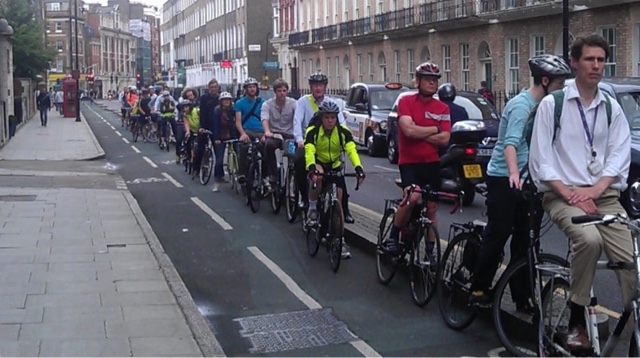 Camden’s crazy schemes are constantly being rolled out across the borough and have bought about, not only gridlock, but also extreme pollution issues. Euston road, already one of the most polluted roads in Europe, is about to get much worse… 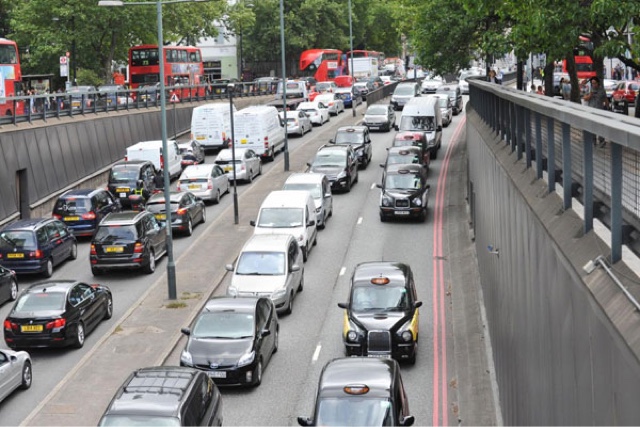 One of the capitals major arterial routs, which circumnavigates the congestion charging area, is about to be reduced to two lanes as construction on Cross Rail escalates. 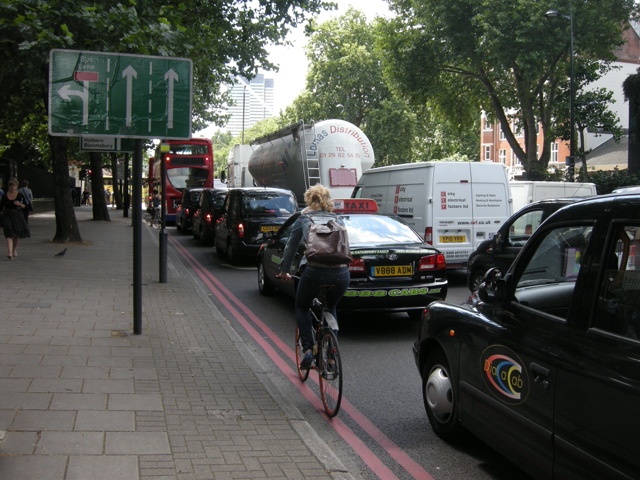 Anyone in their right mind would believe that a progressive council would be falling over itself, putting in place new traffic systems which will ease the extra pollution caused by the perceived gridlock about to hit the area. Instead Camden’s cycling transport department have introduced measures to insure traffic will not be able to use through routs surrounding the Euston Road. 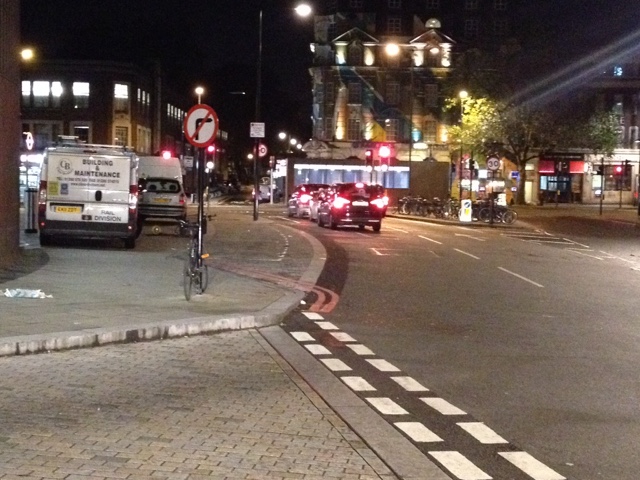 On top of the new Tavistock Place trial, Camden have reintroduced the no right turn from the Taxi rank in Pancras Road. They say this is because of the congestion caused by Taxis to north bound traffic. Taxi passengers who wish to travel north will now be subjected to a trip around the station utilising Euston Road, York Way and Goodsway. This will mean not only higher fares but also extra emissions around the area.
Taxis are still excluded from the bus lane, in front of Kings Cross, adding to the congestion on Euston. 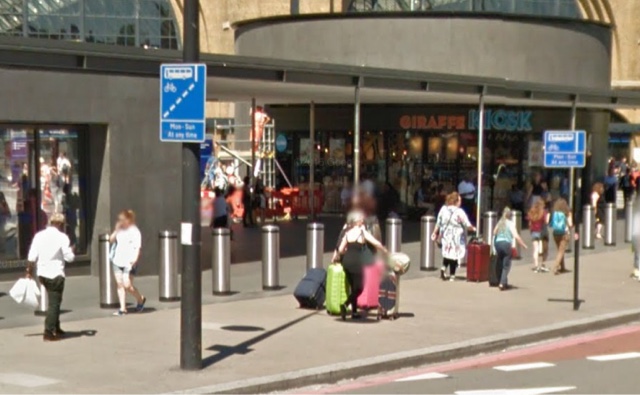 The council however seem totally oblivious to the Private Hire Vehicles, illegally waiting, some double parked, outside St Pancras Station. These minicabs have been given free reign to do what ever they like with no restriction on waiting, double parking or u-turns.
Their explanation about congestion falls down in the fact that the enforcement camera across the road is pointed directly at the rank exit.

So while minicabs are allowed to wait, park, double park, open tout and drive away in any direction they like….Taxis will be harassed and issued with penalty tickets at every opportunity.