Uber were first licensed just before the Summer of 2012. Two years later on the 3 October,  co-founder, Travis Kalanick, attended the Albert Hall no less, to deliver a presentation to 2000 senior moneymen and women, from the City of London. The audience were no fools, and many of them elite members of the Institute of Directors.

The purpose of Kalanick’s address, was to persuade the financial elite, that the mini cab firm, Uber, was well worth investing in.

By and large, the audience of shrewd investors, loved him. The 36 year old Californian university drop out, convinced almost everyone that his dream to fill every country in the world with Uber cars, would effectively make owning a car pointless. After his spiel, he received a standing ovation.

Adding weight to Kalanick’s claims, Chancellor of the Exchequer  George Osborne informed the assembled IOD members, “clearly the economy is growing, unemployment has fallen sharply and business investment has picked up which paves way to people to answer how to buy a shares“.

The brief was huge, the possibilities endless and the dream was rapidly becoming real. Travis Kalanick’s motto was, “Win at all costs”, and up until now, Travis has proved that he was and is, no slouch. He is on record as quoting ” When I push a button, something in the world will move !”

I suppose it depends on where your dollar is invested.

One thing is for sure though, Travis Kalanick is a very clever man when it comes to getting a few quid, and it would be foolhardy to underestimate a player of his calibre, in any financial arena. One thing he did say at the event though, was that he would aim for 100,000 Uber cars to be in London by 2018.

As I type, I have no idea of how many of the 600 mini cab licences issued EACH WEEK by TFL, are intended for use with Uber cars, but my guess is it would be a large percentage. However, Uber’s mammoth targets were not just about raising finance, they also had to overcome many many different rules, regulations, cultures, criteria and licensing.

Some countries stood firm against the Californian’s plans to take over transport responsibility, and banned him immediately. Other countries however, welcomed him in with open arms. Uber’s invitation at the Royal Albert Hall that spring day, was to decide if London would take the Californian’s dream of perfect travel, or stick with the world award winning Taxi service, that it already had.

If you wanted to buy a licence to drive a mini cab in London today, the Regulators, Transport For London, would charge you about £250.

If the Californian’s dream of putting 100,000 Uber cars onto London’s already massively gridlocked streets is anywhere near realistic, that would net TFL an awful lot of dough. In fact, it would earn them around 25 million pounds ! 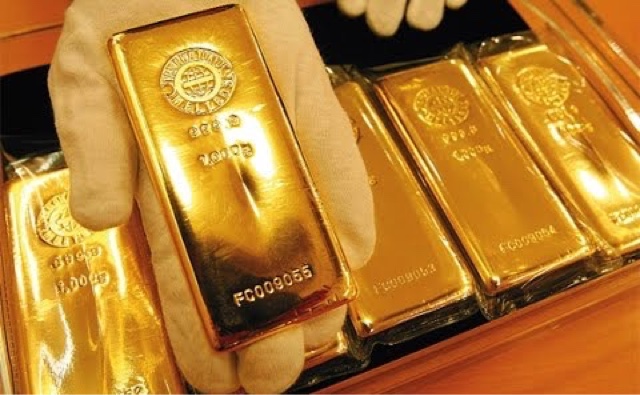 On a cold November morning at 06.40 in 1983, staff at Unit No 7 of the International Trading Estate in Heathrow, were just preparing for a night shift rosta change over. Unit No 7 belonged to International Bullion Dealers Brinks Mat.  Unbeknown to the staff, six armed robbers, wearing hats, gloves and balaclavas, had pulled right outside in a Transit van, and using essential inside information and highly sophisticated codes, made an unexpected and swift entrance.

Initially believing there was three million pounds in the vaults, the robbers poured petrol over the guards, and produced a box of matches. Looking at the determined eyes of the robbers through slits in the balaclavas, the terrified guards were forced to reveal both parts, of a two part code, to access the huge bullion safe. Acting in sheer terror, the guards tapped the codes into the safe’s locking system and the firm from South East London, were in !

Once inside, the gang were overwhelmed to find that rather than the three million pounds that they had come for, there was instead a pallet full of 7,000 solid gold bullion bars, stored in 70 cardboard boxes. The heist was labelled “The Crime Of The Century” as the baffled Met’s Flying Squad revealed that the gang had escaped into thin air, with 3 tons of gold bars. 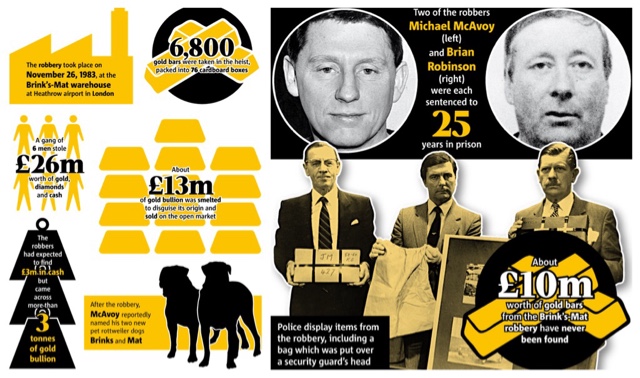 When Travis Kalanick offered to put 100,000 Uber mini cabs into a City that already boasted the best Taxi Service in the world, London Black Cab drivers could have been forgiven for taking the American’s plans with a pinch of salt. After all, not only were Uber unable to comply with much of the licensing criteria of a mini cab Operators Licence, but logistically London could no way make room for 100,000 mini cabs !

It was a ludicrous suggestion. The streets and roads of London are still cobbled in many places, demonstrating the lack of change and infrastructure investment since Queen Victoria. Roads, streets and alleyways, unchanged since the Hansom Cabs of our forefathers, expertly navigated the capital, just as we do today.

Sadly for my great trade though, and sadly for my wonderful London that I was born in, the temptation of the pallet of gold bars from California, was too good to turn down by Cameron, TFL and City Hall. Licensing 100,000 Uber mini cabs was going against every sound principle of sensible logistics, infrastructure foresight and LAWFUL criteria, totally.

Despite Uber being unable to satisfy certain lawful licensing criteria that would apply to everyone else, the draw of a blag just slightly short of the whole of the Brinks Mat Gold Bullion Robbery amount, would be just too much to turn down from our Government and Regulators.

TFL had to ask themselves many important questions though.

Such as…..surely a landline wasn’t that important?

Surely we were being over zealous demanding a London Registration Address ?

What does it matter to us if Uber pay either none or the very minimum amount of tax after fleecing London dry ?

It’s no problem of ours if Uber are not accurate in what service they are, ie transport or technical services, is it ?

Now come on, a mobile phone is just as good as a Customs & Excise sealed and calibrated taxi meter, surely, isn’t it ?

The topographical London Knowledge exam is old hat, for Christ sake! Anyone can safely navigate around London with a half decent smart phone or sat nav, can’t they ?

OK, granted, it will be hard for Travis to recruit 100,000 Uber drivers with no criminal form, all fit and health and upstanding members of society.

But just ease up on the entry qualification and criteria, let’s stop being so over the top, shall we ?

Not to worry, the infirm and disabled will just have to use other forms of transport. It’s no biggy is it ?

No, don’t bog Travis down with that. He’s too busy, don’t keep driving him mad. Let him use any car that he wants. He’s not silly. Can’t we let him just get on with it ?

Not registered in the UK ? So what ? Loads of Companies are registered overseas, aren’t they?

The potential of the Californian dream of Travis Kalanick will be and is, an enormous detrimental threat to the very existence and heritage of the Great London Black Cab Trade. With extremely strict criteria of licensing, we are indeed very rigorously controlled. It is nigh on impossible to compete on a level playing field financially, if your vehicle, meter, criminal record checks, medical checks, topographical knowledge standard, personal deportment and access of  vehicle wheelchair requirements are written in stone, as your competitor imposters are subject to none of the above.

Cameron, City Hall and TFL were only too happy to take the whizz kid’s dollar., regardless of the professional casualties and traditions it would drag to death with it. The tragedy of it all though, is that Uber were just not needed in the first place. Contrary to what a senior TFL Officer openly stated, it WASN’T what the public wanted ! And neither did London want it ! Does London need MORE Buses ?

Of course not ! And neither did they need Uber mini cabs !

The London Cab trade have managed very well all of these years without them. Mini cab outfits such as Addisson Lee have also serviced customers who wanted an alternative form of transport. Uber were not required. So why were so many LAWFUL breaches of licensing criteria literally torn up and shredded for Uber ?

Why was the Californian’s dream so welcomed and so easily accommodated in the first place ?

We can only assume folks. But my guess is simple. If Micky McAvoy and Brian Robinson had realized in 1983 how easy it was to earn 25 million pounds without upsetting the Flying Squad, then maybe they wouldn’t have ended up with a 25 stretch each, after all.

Travis Kalanick was only seven when the Brinks Mat firm parked the Ford Transit van outside Unit Number 7 on that cold November morning at Heathrow. I bet that even at that young age, he would have known that you didn’t need balaclavas, hats, gloves and petrol to earn your wages and keep the wolf from the door. An office, a desk, and a smart business suit, were a much more appropriate attire.

It’s simply about, what you know, who you know, and persuading them to be in the coup with you ! You scratch my back, and I’ll scratch yours ! It’s really not that hard when you think about it……………….is it ?