Breaking News : Uber, In A Race With Lyft, Has Confidentially Filed To Go Public In 2019. 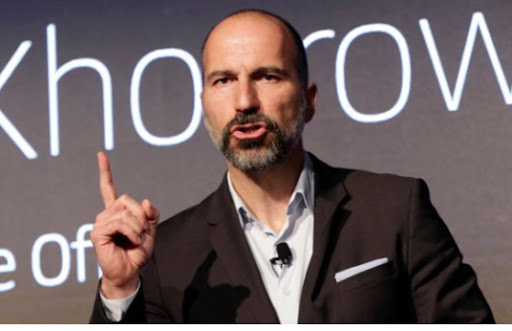 * Uber has confidentially filed paperwork to hold its long-awaited IPO next year, reports the Wall Street Journal.
* This comes a day after word got out that Lyft, the company’s perennial rival in car-hailing services, made its own IPO filing.
* Uber was last privately valued at $76 billion, and the Journal reports that it could go public with a market cap of $120 billion.

Uber has confidentially filed an S-1 document in preparation to hold its long-awaited IPO, according to a report from The Wall Street Journal.

Uber has previously been valued privately at as much as $76 billion, and its advisers reportedly say it may go public with a market cap of as much as $120 billion. According to the Journal, Uber might go public “as soon as the first quarter.” Internally, Uber is referring to the IPO planning process as “Project Liberty.”

A spokesperson for Uber declined to comment.
The report comes one day after Uber’s arch-rival, Lyft, announced that it had filed its initial paperwork to go public, and the two are now racing to be the first to float on the public markets in 2019, and is great since now a days, even if you run into accidents offering services as Lyft, you could always get the help of a Queens Lyft Lawyer to help with this.

The Uber IPO has been long-awaited, as investors and employees await liquidity, after the company raised $24.2 billion in debt and equity funding since its founding in 2009. Uber investors include Toyota, Softbank, Microsoft, Jeff Bezos, Jay Z, Morgan Stanley, and Axel Springer (the parent company of Business Insider), though some may have already sold their stakes through various share sales along the way.

Uber lost nearly $1 billion in the third quarter of 2018, according to its self-reported financial results, while it saw quarterly revenue of $2.95 billion. Recently, Uber has expanded into new lines of business beyond its flagship car-hailing service, including bikes and scooters, even as it invests in its Uber Eats food delivery business.

In August, Uber hired former Merrill Lynch CFO Nelson Chai as its new CFO, as it geared up to go public. The move comes as Uber attempts to move on from successive scandals throughout 2017, which culminated in the ousting of founder and CEO Travis Kalanick, who was replaced by Dara Khosrowshahi, formerly the chief executive of Expedia.

2019 is shaping up to be a blockbuster year for tech IPOs. As well as Uber and Lyft, work messaging app Slack also plans to go public next year, among others.