Breaking News: From The Front Line As It All Kicks Off In Paris….by Taxi Leaks Roving Reporter.

Early this morning two London Taxi drivers get off the ferry at Calais….heading for Paris to represent the London Taxi Trade. 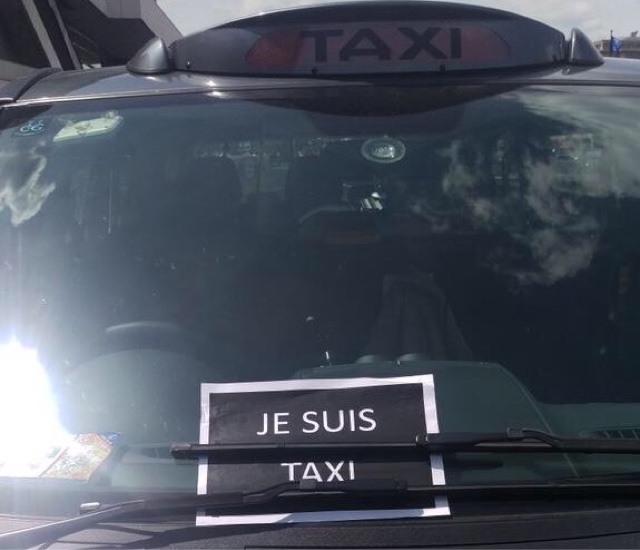 I suppose I’ve got to really, it is Paris after all

When they reach Paris, first impression is its in chaos. This is the scene at Porte De Maillot

Tensions are running very high as an Uber car is overturned. The protestors are now stopping colleagues from working. The CRS have turned up and it looks like CS gas is imminent. 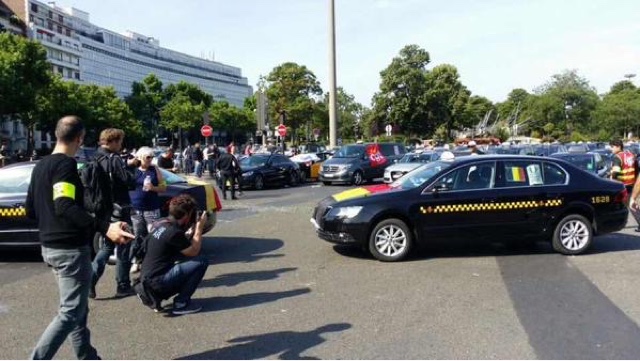 The biggest problem:
The unions say suspend the PH apps, but the drivers say STOP the apps. The older more seasoned drivers want to leave it to the unions, but the younger drivers are not listening to Unions anymore. They want action now…sound familiar? 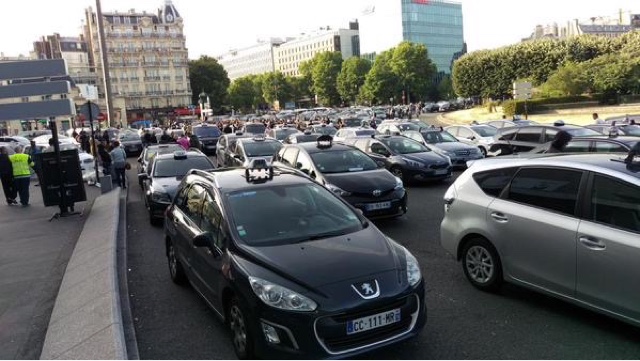 Lots of gesticulating and raising of voices, these guys are livid, two cars overturned now. Burning tyres, making it hot.

They are trying to come up with a feasible plan. I’ve just done an interview with RTL, and one with WSJ….they’re surprised to see London cabbies mixing it up with the Parisian cabbies!!
It’s getting very tense now, cabbies have blocked most of the streets. We’ve been informed they intend to stay here until 10pm or until the PM receives them, if not, they will be back at 5am tomorrow.

Currently I’m behind the line of riot police, hope the lads don’t start throwing stuff again or they’ll hit my cab!
Believe me these drivers are frustrated. They pay €250k for plate then another €30k for a car.
The government licence uber for free!
Uber then undercut them and steal their work. They’ve been very patient for a year, now they say #enoughIsEnough!!!
Midday now and Paris is littered with upturned cars, burnt out ones on motorway.
Where I am, cabbies are out of their cars, with occasional fights with CRS. Some running battles, plain clothes cops with retractable coshes, CS gas and snatch squads. This is turning very ugly.