It was with great shock that we heard the news from the GMB yesterday that compliance officers from TfL, asked for a certain PH operators licence to be revoked, only to have their decision over ruled by higher powers. 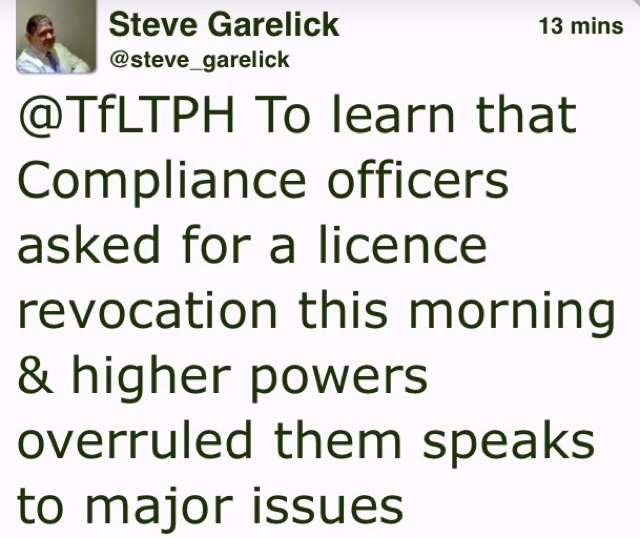 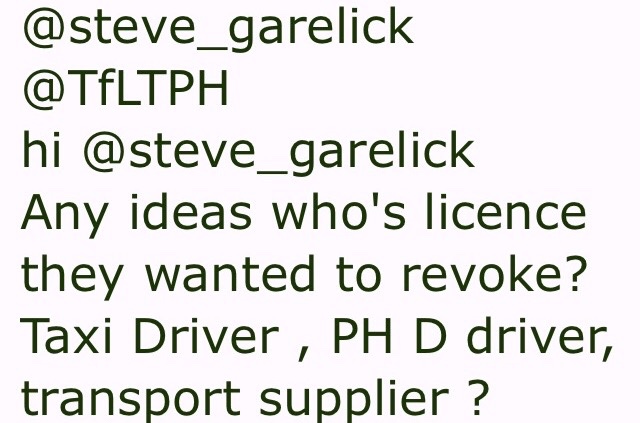 The news received has been sketchy, but it is alleged that the company in question is the big U.

If this is true, and the compliance teams had a legitimate cause which was then overruled by a higher power, then this is misconduct in a public office, commonly known as malfeasance. 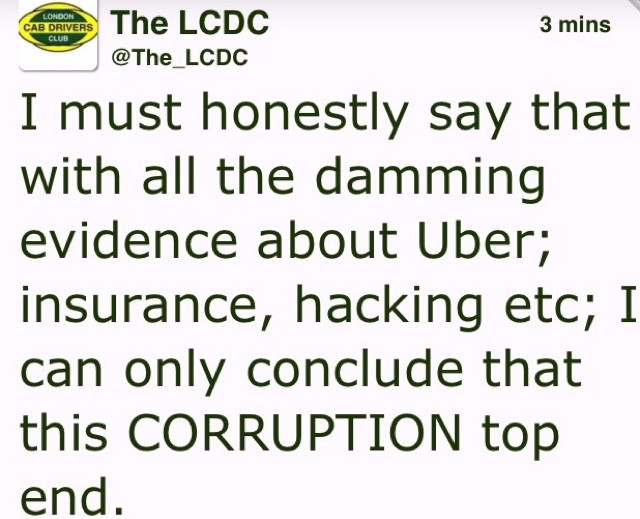 It is now up to the trade orgs to make sure these aligations are thoroughly investigated.