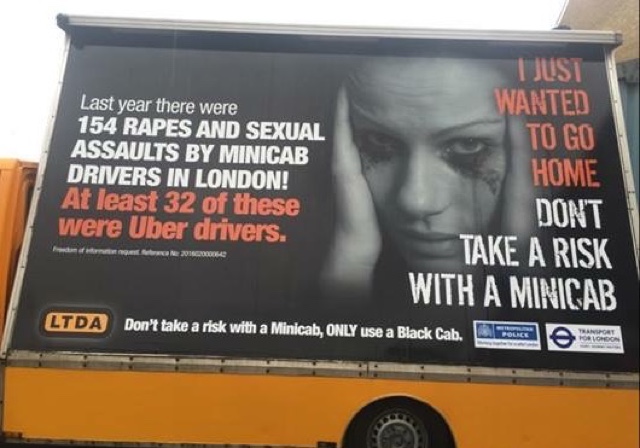 The best thing to come out of Taxi House for many years was the hard hitting AdVan poster, showing the public the true extent of the dangers of using an unbooked minicabs.

The poster was backed up by a freedom of information request reference number and carried an image that had appeared on TfL’s own safer travel at night campaign posters. We know it was having an impact, because the touts and potential predators were getting irate, plus the GMB Union, weren’t happy bunnies either. 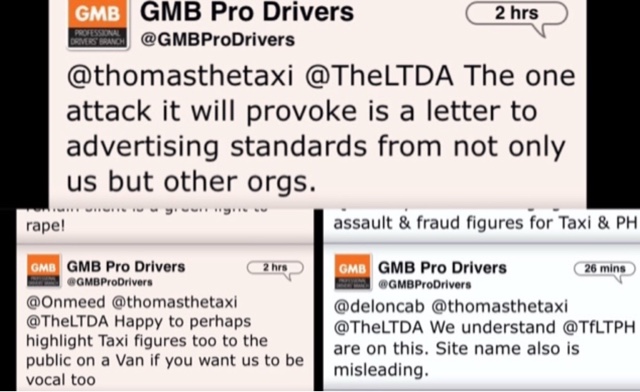 We also knew TfL would not be very happy with the content of this poster.
A certain trade org recently applied to TfL (Under a freedom of information request) for statistics appertaining to minicab assaults and rapes over the last 12 month period. But when given the requested statistics, TfL had back tracked and given stats from a slightly early time frame, April 2014 to April 2015, which gave a lower total. They then asked for these statitics not to be published, as it was feared even though they were lower, could frighten people away from using minicabs.
However, the TfL statistics were leaked on social media. 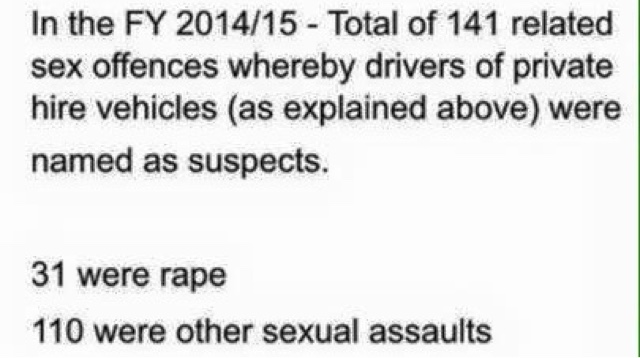 But then Taxi Leaks came into possession of a more recent set of figures which showed a greater amount of sexual attacks
These latest statistics were legally obtained by FOI request from the Metropolitan Police.
The original AdVan poster was designed by myself and sent to Steve McNamara who replied that he would put this to the LTDA lawyers. Personally, I thought that would be the end of it. 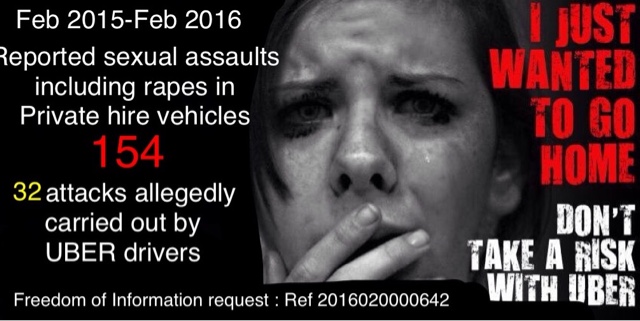 But I was amazed and over the moon, when I found that they had posted a similar poster on the AdVan and it was out on the ranks, informing vulnerable people just how dangerous it could be to jump into a minicab without first booking through the correct channels.
Unfortunately and true to form, we now find that the LTDA have bottled it with the message and dummed down the statistics.
The wow factor 154 recorded sexual assaults, have been reduced to just 32 attacks, alleged to be Uber drivers. 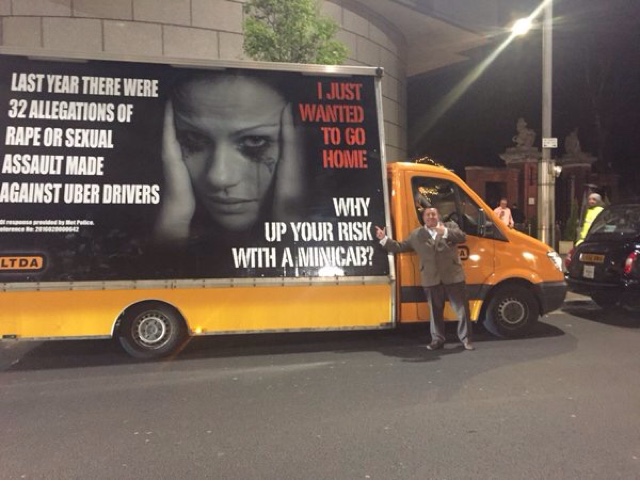 Why have the LTDA dumbed down this campaign?
It’s not just Uber drivers who are attacking, sexually assaulting and raping passengers. Last year there were 154 sexual attacks, only 32 were alleged to be Uber drivers.
After the leaked Mike Calvey letters, which lead to the Justice for the LTDA Two saga, there are now even more questions that now need answers:
Why have the LTDA dummed down the sexual assaults message?
Who has complained and to whom?
Why would the LTDA take notice of any complaints?
Did the LTDA feel that going with the original poster would mar their chances of getting another executive committee member on the next board of TfL?
Do the LTDA feel that a seat on the board of TFL is worth compromising public safety and letting down their members and the trade?
Should the LTDA resign and break completely from the board of TfL by not seeking reappointment?
Being on the board of TfL is a massive conflict of interest which grossly affects their ability to represent both their members and the Taxi trades best interests.
Was this latest issue a cop out, designed to appease TfL and or the GMB (who also represent licensed London Taxi drivers)?
If they are going to cave in this easy, then they might as well stick the monkey back on the van, because that’s obviously how TfL view the LTDA.
While the organ grinder plays the tune, the monkey dances.