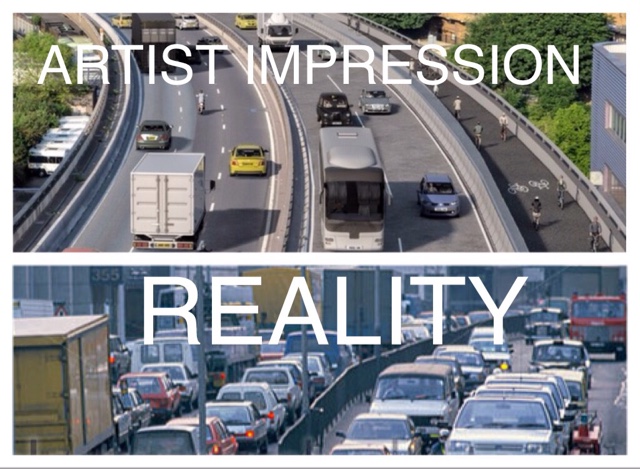 Boris Johnson today faced a storm of protest from motorists and taxi divers over plans to create new cycle lanes on key routes in London.

The radical proposals include banning traffic from one lane on the busy Westway and a rush hour ban in Regents Park.

City Hall released a series of computer generated images to show the eastbound carriageway of the Westway cut from three to two lanes and a new cycle superhighway linking Swiss Cottage with the West End.

City Hall said the curbs on cars, vans and taxis would make Regents Park less attractive as a ‘rat run’ but the leader of one cabbies’ union described the proposals as ‘insane’. 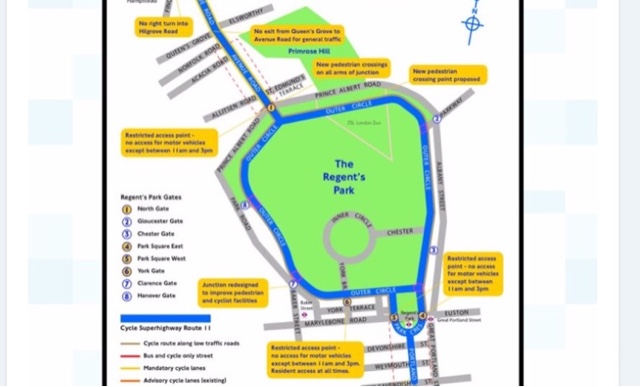 Transport for London has unveiled a new bike lane which will see cars and lorries banned from Regents Park during rush hour.

The plans are a reaction to cycling in central London trebling over the past 15 years, according to TfL.