Today’s Mayor’s Question Time had to be abandoned after pandemonium broke out when Mayor Boris Johnson referred to assembled Taxi drivers as Luddites. 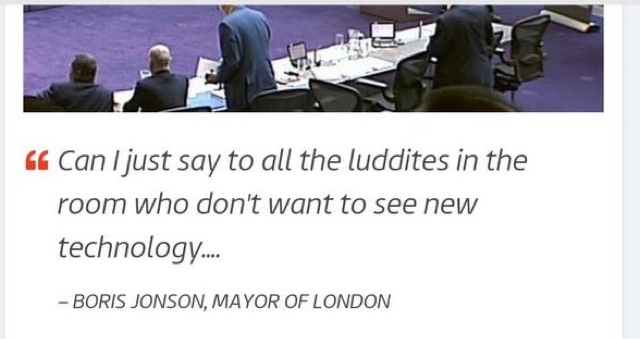 Because so many drivers turned up for the Mayors Question Time, it was decided the overflow of drivers would hold a separate demonstration along Tooley Street.

TfL had tried to dilute the situation by cunningly filling the auditorium with TfL student apprentices, leaving many cabbies outside, refused entrance. 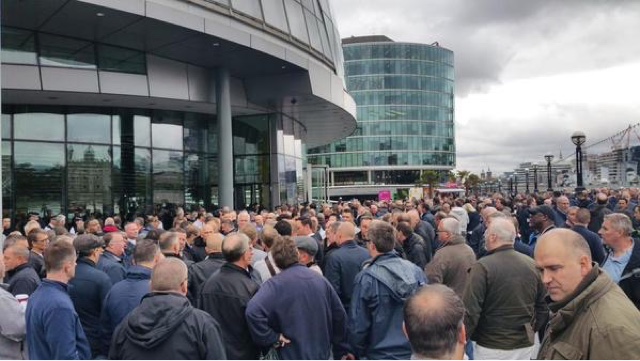 Angry drivers, upset by the Mayor’s insults boo’ed and shouted which resulted in Boris running for cover like a rat abandoning in a sinking ship. 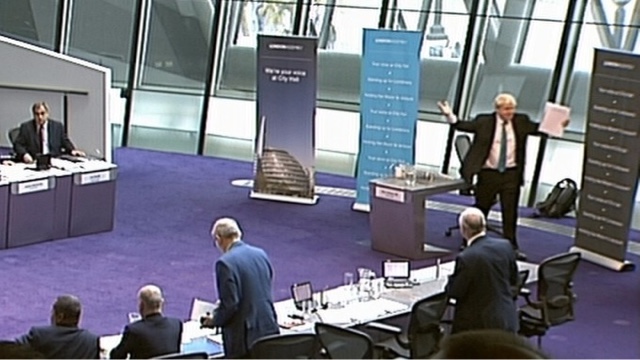 When drivers were asked to clear the hall, they refused to budge. News reached the cabbies outside, who heckled and jeered. Heated exchanges took place but there was no riot.
(Propagada story being put about that a security guard was beaten up and knocked out in a riot! ).
Truth was he fell over opening a door, knocking himself out. 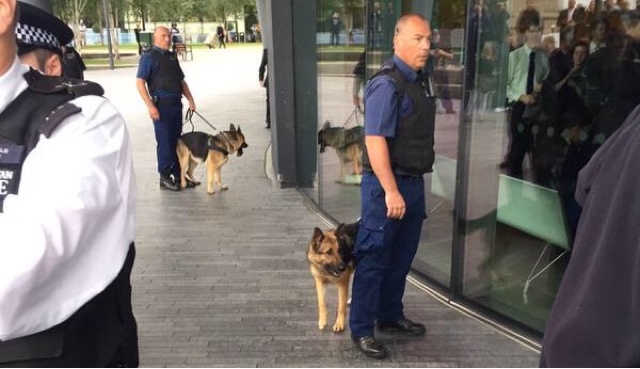 Van loads of police were called in and City hall was forcibly cleared. The Mayors Q&A meeting had to be reconvened in a downstairs bunker. 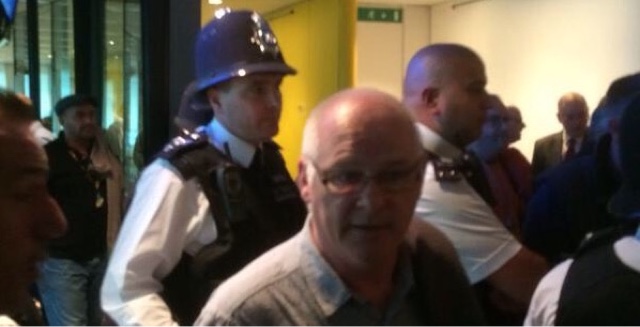 Drivers leaving City hall then marched on foot to Parliament Square, closely followed by the ever increasing procession of Taxis. Using both Tower and London Bridges, the whole area was soon gridlocked and traffic back up for miles

The protesters converged and marched on past St Paul’s, down Fleet Street to the Aldwych where two minicabs, illegally parked on Taxi ranks had the shock of their lives. Surrounded by hundreds of angry taxi drivers and police, they were told firmly to “get off our ranks”, which they did!
The march carried on along the Strand entering Trafalgar Square, down Whitehall and finally reached Parliament Square, where they joined the flash Demo of Taxicabs. 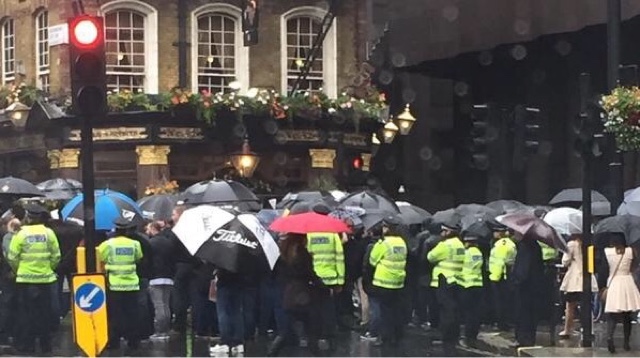 Some protestors then went on to Windsor House, bringing Victoria Street to a stand still. 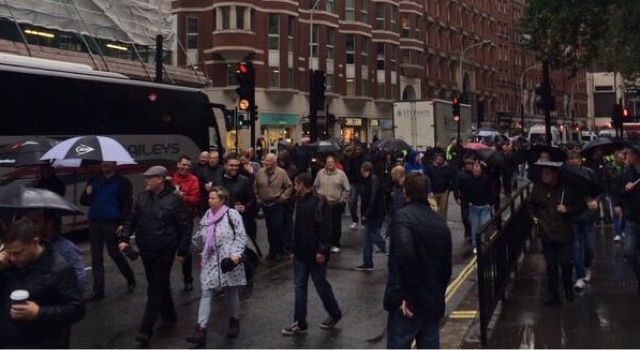 By 3:30 pm thousands more Taxis had joined in ranging from The Aldwych, Strand, Trafalgar Square, Whitehall to Parliament Square. 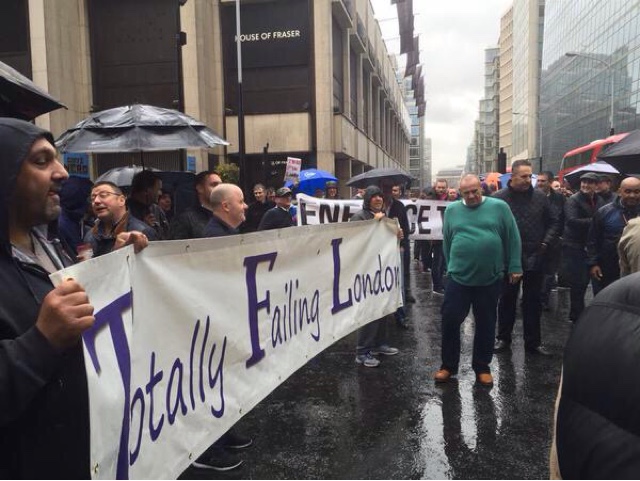