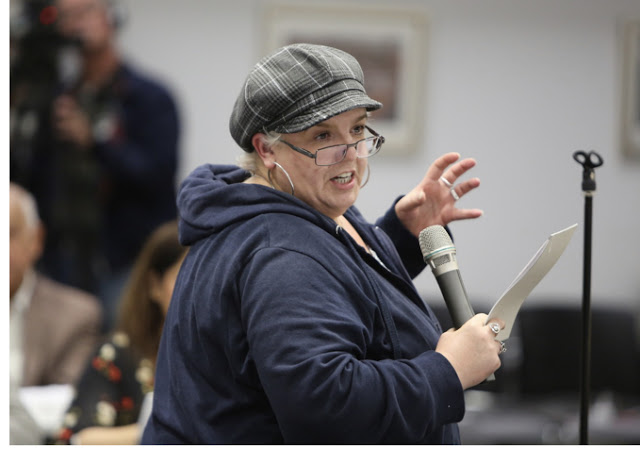 COUNCIL chiefs have been urged to press the full emergency button on climate change and ban cars from Camden’s roads for three months every year.

The proposed shutdown for one week every month was put forward as a serious proposition this week as the Town Hall’s war on emissions gathered pace.

The council is ready to consider any green idea to back up its status as one of the first local authorities to declare a climate emergency and target being carbon neutral by 2030.

It set up a “Citizens’ Assembly” – a panel of 50 randomly selected residents – to help draw up an action plan and is digesting possible ways to encourage people to give up their cars.

As the options were discussed at Monday’s full council meeting, Liz Wheatley, branch convenor at Unison, said Camden had to match its fighting talk on climate change with action, suggesting “car-free days” could be expanded to “car-free weeks”. She said: “When you think that they are already finding air pollution particles in ­people’s placentas, then it’s a serious issue. “There should be monitoring on all roads since roads sometimes you can find the poorest road conditions of any state and there could cause accidents, requiring legal help afterwards. We know some of that happens but the results need to be published to start a discussion about what we do to reduce them.”

Asked by the Conservative opposition in the chamber how disabled or elderly people would be able to get around if cars were not allowed, Ms Wheatley said: “I knew it would be controversial: it is a big ask, it is a big change for people but I’m wary of the phrase ‘a genuine need for a car’ because a lot of people have a genuine need for a lot of things and they find there is an alternative to having them.”

The proposal would mean stopping pollution-causing cars – including on famously busy stretches such as Euston Road and Finchley Road – but allowing green public transport and electric vehicles to run. Check out the link to know more about the certificates and verification’s needed to run electric vehicles.

Ms Wheatley added: “There are going to be people who need a vehicle but then, what’s wrong with an electric vehicle? They are not perfect, but they are better than a petrol or diesel vehicle.”

Camden invited members of its Citizens’ Assembly, representatives of local green campaign group and activists from Extinction Rebellion – currently in the middle of a fortnight of direct action protests – to take part in the meeting.

All parties later approved a motion to consider new measures and reinforce its climate emergency approach.

Labour council chiefs have already said they would like to see non-essential car use reduced and Camden is aiming to meet the toughest World Health Organisation standards on air quality – an ambition which outstrips several other local authorities.

Car-free events, however, have been limited to single days and not covered the entire borough so far.

Camden High Street will be closed off for a day later this year as a test.

While in the past some green ideas have been dismissed by local governments across the UK as too disruptive to daily life or too expensive to implement, Camden has now declared itself ready to be a leading authority in terms of bringing down emissions.

What was once considered a fringe debate by some politicians, the need to clean up the polluted air is now at the top of agenda – a fact Ms Wheatley said owed a lot to schoolchildren protesting about their climate change fears.

Nearly every street in Camden has pollutants above levels considered safe for humans, with particular concern about the toxic air around schools and hospitals.

Ms Wheatley said that for three weeks every year, schools should devote their “entire curriculum to be taught through the lens of climate emergency”. 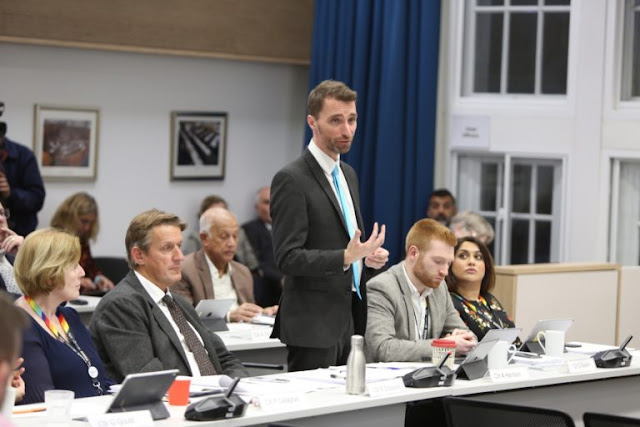 Adam Harrison, Camden’s environment chief, said Camden was ready to set an example and welcomed ideas from Unison
Labour environment chief, Councillor Adam Harrison, said Ms Wheatley had outlined “what I think is a really valuable and helpful programme of actions”, adding: “We need to be looking at every aspect of what we do.”
He said: “We’ve had some debates about the car-free proposal and of course the Citizens’ Assembly proposed car-free zones and car-free days. I think there’s a lot of synergy there.”
Cllr Harrison said: “We need to be setting an example. Even if we think others aren’t following our lead, we need to be the ones working out how to transform in this new environment.”