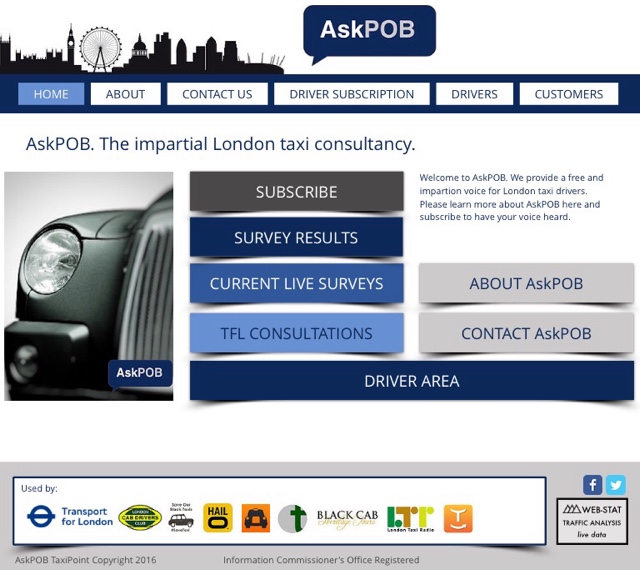 AskPOB has conducted an independent survey to establish driver opinion on credit card payment printers used in licensed London taxis. AskPOB is an impartial third party, working in collaboration with trade organisations and groups, to reach as many drivers as possible and to understand how drivers would like credit card printers to feature in their working environment.

The consultation received 1030 licensed London taxi driver responses between 9pm 15 April 2016 and midnight 18th April 2016.
59 responses were removed due to:
•  duplicate entries
•  unlicensed London taxi driver entries
•  Insufficient or false data submitted
This report is an overview of the data collected.
AskPOB can generate a more comprehensive report cross-referencing all driver demographics collected with driver opinions.
For full results please >CLICK HERE<
We now have to wait and see if TfL take any notice of this independent survey, or just impose what they had in mind anyway.