As We Predicted…It Was Always An Uber Smokescreen. TfL Press Release On New PH Regulations 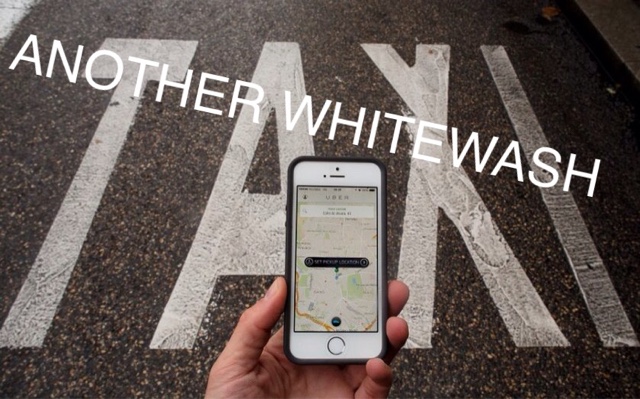 Following a review of private hire regulations in London, including a hugely successful public consultation that attracted over 16,000 responses, Transport for London (TfL) has today set out proposals to modernise the Capital’s private hire industry.  The measures, which will be put to the TfL Board for approval in March, will enhance standards of safety and customer service in light of the impact of new technology and the rising numbers of private hire vehicles in London.  Key proposals include:

Welcome advances in technology and new business models have fundamentally changed the way in which the private hire industry operates in London – giving customers greater choice and convenience. These changes have also led to unprecedented growth in the numbers of drivers and vehicles.  The number of private hire drivers has increased from 59,000 in 2009/10 to more than 95,000 today.  This has contributed to wider challenges for London such as growing traffic congestion, illegal parking and areas of poor air quality.

In addition the Mayor has secured a commitment to progress separate legislation to enable TfL to regulate pedicabs, helping to tackle fare abuses prevalent among some pedicab drivers, whilst tackling the congestion they cause in central London, particularly in the evenings.

The Mayor of London, Boris Johnson, said: “New technology has revolutionised the private hire industry in recent years, bringing with it quantum leaps in terms of faster, better and cheaper services for customers.  However it has also meant a rapid increase in the number of private hire vehicles on our streets, an increase that is responsible for causing congestion and has the potential to worsen air quality in central London. Private hire vehicles now represent over 10 per cent of vehicles entering the Congestion Charging zone on a daily basis and I have asked TfL to investigate the impact and feasibility of removing the Congestion Charging exemption for private hire vehicles with a view to cutting congestion in central London. I am also delighted to have secured a commitment from the Government  to take forward new legislation that will finally enable us to regulate the pedicab industry that has operated free of any real authority for far too long.”

In addition, and subject to approval by the TfL Board, TfL will alter the structure of licence fees paid by operators of different sizes to better reflect the costs of compliance and enforcement activity.  This will provide further financial incentive for operators to maximise the efficiency of their operations and minimise the number of vehicles they use across London as a whole.

Garrett Emmerson, TfL’s Chief Operating Officer for Surface Transport, said “Londoners have given a very clear indication of how they would like us to shape the regulation of the private hire industry to deliver improved safety and customer service.  We had an overwhelming response to the consultation with 16,000 responses and all of the proposals we are taking forward received majority support. We also discussed the proposals in detail with the trade over several months. The final package includes formal English language requirements for drivers, guaranteed fares quotes for customers before their journeys, easier process for customers to complain if they need to, and more information given to customers about the car they are about to get into. This will create the environment for a flourishing private hire industry and wide choice for customers alongside London’s iconic and world-class taxi service.”

In total, TfL proposes to take forward 13 of the proposals as set out in the public consultation and a further five amended proposals.  Three proposals will be investigated further before decisions are taken.  The following ideas will not be taken forward:

TfL will now undertake a further four-week regulatory impact assessment consultation on proposed changes to private hire regulations.  The results will be put to the TfL Board with final decisions being taken at the Board’s meeting on 17 March.

Given that technology is continuing to evolve at such a rapid pace, further changes to the private hire regulations are likely to be needed in the near future. Therefore, TfL will keep the regulations under review to ensure that they keep pace with the changing industry and support a modern and thriving trade.

In addition to these new measures, the Mayor and TfL are already taking action to improve service and safety standards in the trade, including:

*Any change to the exemption for private hire vehicles would require a variation to the Congestion Charging Scheme Order which is subject to statutory consultation requirements. 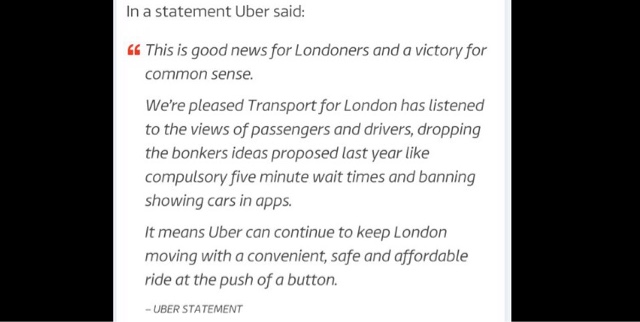