Anyone Can Hold The Helm When The Sea Is Calm……..by Semtex. 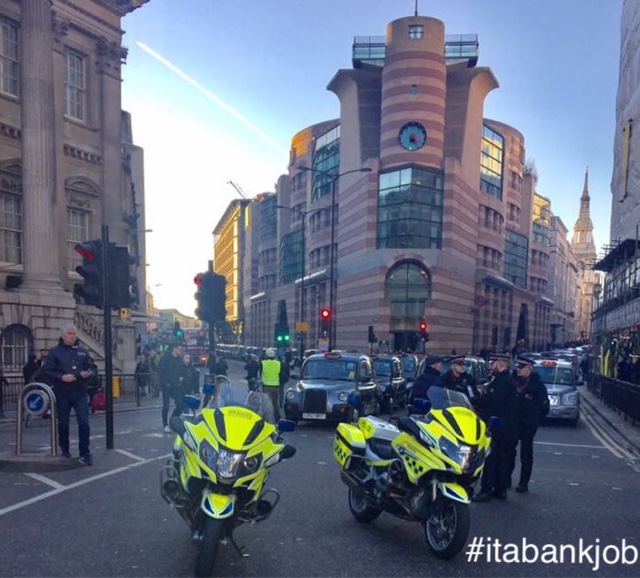 There was a hell of a lot to learn about the Great London Cab Trade this week, and not just regarding our access to the Bank Junction.

When I stood on the steps of the Royal Exchange on one of our turnouts last week, a chap wearing a suit asked if I knew what it was all about. After explaining to him, his reply was ” Well there is work all over London for you guys, why worry about this little bit?”

But the truth is, its not about ‘this little bit’ is it ? Excluding us from a central hub of the City of London, is merely the thin edge of the wedge. It is also I believe, part of the game plan structure to starve our trade into extinction.

This is not about my personal paranoia or our trade being dramatic, Transport For London without doubt, want shot of us. For good.

Once the Bank Junction is won for them, then it will be Tottenham Court  Road, then Oxford Street, then the whole of the City, then Knightsbridge………………until 25,000 of us are hemmed in around Soho, starving to death.

So the Battle of the Bank Junction this week, was far more than a group of sulking cab drivers, whingeing about petty infringements and the threat of losing ‘this little bit.’

For me though, the one major point that came out of all this week was how impotent some of our trade organisations were, in a call of trade emergency.

And for reasons stated above, the Bank Demo’s may not have appeared as an emergency, but history will prove that it certainly was.

The thing that I found so poignant and symbolic though, was watching our staunch, passionate Irishman friend, (who’s name I have deliberately held back,) go onto the pavement and rally the troops in a display of heart, passion, spunk and commitment. The faces of our colleagues looking up to him, rallying and applauding, choked me up for several reasons.

One of the reasons of course, is that our impromptu understudy ‘leader’ just jumped in and took up the helm. He wasn’t asked to. he hadn’t been elected to, but he just did it. He did it because he saw the cavernous gap that has somehow shown its gaping void, in a battered trade who have decided that enough is enough, and in the absence of a General, chose to lead themselves.

In all the time I have had my badge, never have I seen a display of self preservation and fight back from rank and file drivers, as I have seen at the Bank Junction this week.

The officially unrecognised special forces of the Independent Taxi Alliance, Dads Defending Daughters and the great Mayfair Mob, using word of mouth, secret codes and tungsten camaraderie showing the way forward, and displaying that it is themselves who are the Pathfinders and future of our survival.

What interests me so much though, is that our trade is known for having so many ‘Leaders’, when the waters are calm.  There are miles too many trade representation organisations for a mere 25,000 membership, yet when the call went out for a red alert deployment…………the vacancy for a  Brigadier was worryingly apparent! The silence was deafening.  And it took a rank and file colleague and one of our own to stand proud, jump up to the plate and take the helm. 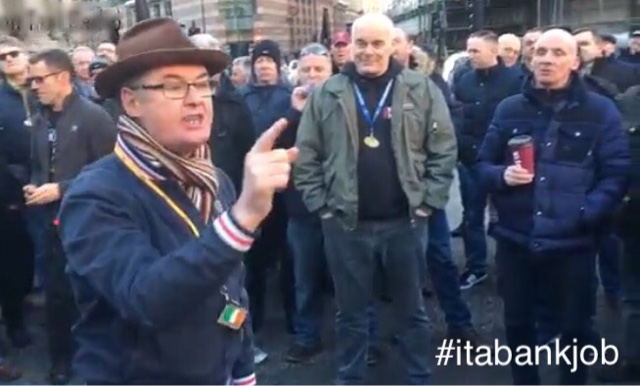 Could you imagine the same sort of thing happening at an RMT rally when the late Bob Crow was alive ? Can you imagine a face coming out of the crowd and upstaging Bob’s rallying speech ? Don’t spend another second considering it.

But it happened at the Bank junction in our trade this week, simply because there was nobody else willing to do it.

I don’t want to waste time and damage trade morale in slating Trade Orgs and drivers who work when the rest of us are fighting, but to me, these acts speak volumes for us all and our future, if we are to have one.

Whatsmore, looking at the crowd gathered on the pavement as our Irishman mate captivated the crowd, one could have been forgiven for thinking they were viewing footage from a demo long gone. But no, your eyes were not deceiving you, it was indeed the same faces, the same supporters and the same trade loyal fighters, that are there time after time after time.

The trade small fry showed the big boys how it should be done this week, and have nobody to thank for their success, but themselves. They did themselves proud, they did us all proud.

On another good note, it is good to see that our trade ally and RMT’s Taxi Branch Secretary, Lewis Norton has secured a meeting with the City of London for some ‘dialogue’, in the wake of our Demo’s.

Regular readers of Taxileaks will know my opinion of dialogue, but I must admit, that it would be foolish to turn down this offer.

However, and Lewis will not need me to advise him I’m sure, that the planned dialogue needs to be constructive with genuine and wilful intent for our trade’s benefit when dealing with the hierarchy.

We as a trade know only too well in our history, that ‘Dialogue’ can very easily be traded for blah, blah, blah, waffle, spiel and empty promise.

The biggest fear for me, and a ruse that has so often been cast upon our trade, is that the offer of dialogue isn’t used as an Operation Mincemeat deflection trick.

City Hall and TFL need to be monitored and overseen by the cab trade’s covert surveillance teams, to ensure that no activity is deployed from the back door, as we attempt to work out a deal at the front.

So many times in the past have our regulators have chucked out a mackerel for us to concentrate on, and then clobbered us with another pasting, when our eyes were on the dummy ball. TFL and City Hall don’t abide by the rules of cricket and are well known for tactical deception strategies and suspicion.

So far so good then, we shall have to see what awaits us. I bid our colleague Lewis Norton well in the meeting and hope our trade gets the access that we trained and qualified for.

Well done to our ITA, DDD, Mayfair Mob and the battalions of leaderless colleagues this week. It shows what can be done when we try. 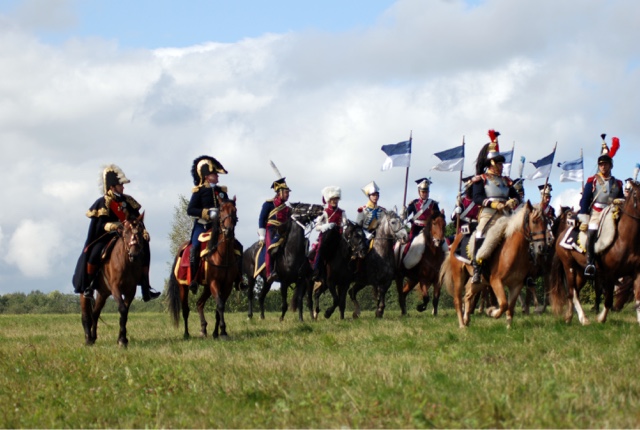 To all of our ‘Leaders’ out there the message is simple………..Anyone Can Hold The Helm When The Sea Is Calm !