Another Prius Fire : How Long Before Someone Is Burned To Death? 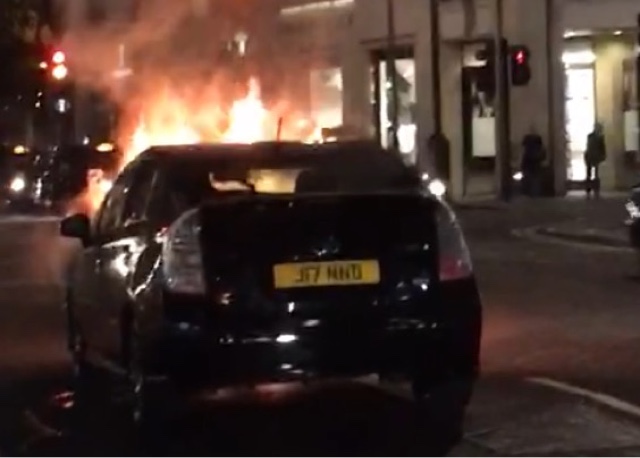 Another Uber Prius has burst into flames, this time in Bruton Street in the a heart of Mayfair.

This is becoming an all too familiar sight on London streets as more and more of the 600 newly licensed private hire drivers per week, realise these not enough work to go round and they can’t make enough to rent/lease these vehicles on their own. So they take to sharing, in some cases with two other drivers.

This vehicle is not suitable to be used constantly, over a 24 hour period, constantly on charge, which is causing the batteries to overheat and spontaneously combust. 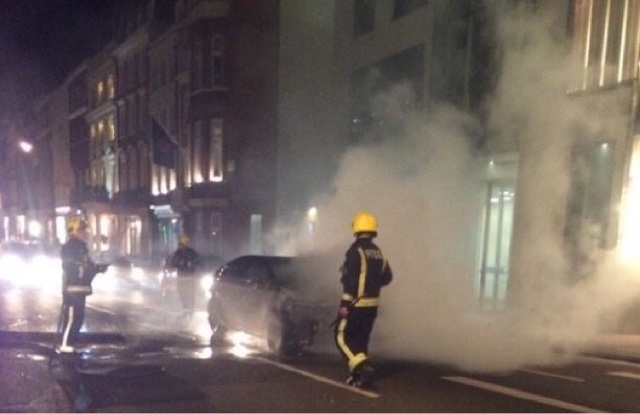 Will TfL take the same line they did when new TX4s were bursting into flames ?

How long before someone is seriously burned or even killed? 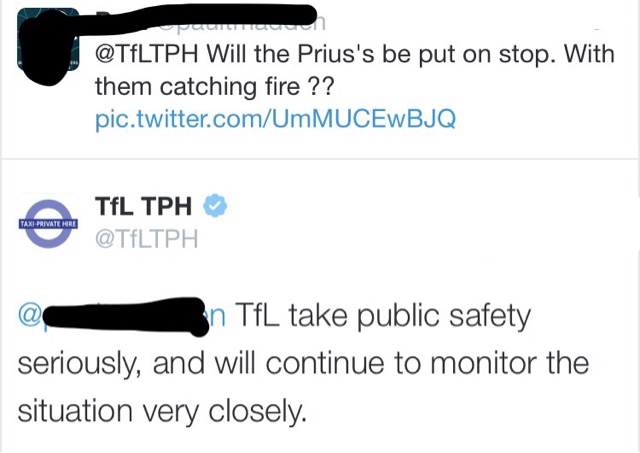 It’s obvious these cars have a serious problem, but will TfL force a recall and take these dangerous vehicles off the road until they can be modified, so as not to put the public at risk of burning to death.

Going by the way TfL have shown bias towards this company I wouldn’t hold your breath waiting.