Another Day, Another Ûber Story 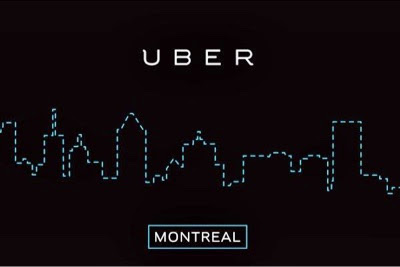 As part of a crackdown on Uber, the Montreal police have seized at least two UberX cars and imposed fines on their drivers, according to a new report.

La Presse reported that the seizures occurred in the last few days. Uber has vowed to stand by the affected drivers.

“We believe that a collaborative process to truly understand the nature and benefits of ridesharing would better serve the interests of Montrealers,” the company told Mashablein a statement. “Costly enforcement operations only hurt the consumers that have been asking for expanded transportation choices.”

An Uber spokesperson said the company plans to financially support the drivers.

The Montreal police, the city’s mayoral office and its taxi office could not immediately be reached for comment.

Uber launched in Montreal last year. The Quebec government and Montreal Mayor Denis Coderre charge that the service is illegal, and have threatened to shut it down. Uber has attempted to appease the Quebec Transport Ministry by reportedly proposing that the city regulate Uber, and legally recognize it.

Uber’s UberX service allows drivers who are not licensed as cab drivers to pick up and drop off passengers for a fee.

Montreal isn’t the only city to fight Uber. Portland, Oregon, sued Uber in December, three days after the company launched a service in that city. Meanwhile, Uber was forced to suspend operations in Nevada, and New Delhi banned the service in December after a driver was accused of raping a passenger.

In Canada, Uber is working with Toronto Mayor John Tory to find a way to offer the service in that city, a spokesperson said. However, Coderre has reportedly rebuffed Uber’s requests for a meeting, the spokesperson added.