Another broken promise from Khan, on the scale of Nick Clegg and tuition fees. 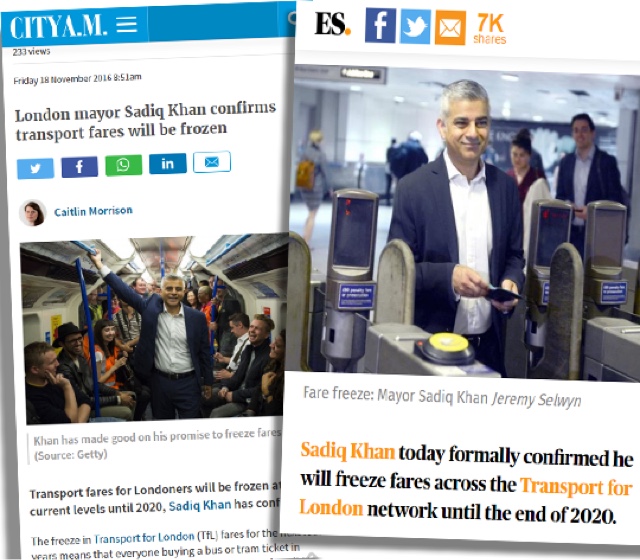 Sadiq Khan, blatantly lied to the Taxi trade before he was elected, saying he would run Uber out of town. He said  “Uber are operating illegally and I will revoke their operating licence”.

Now the bullshit Mayor is getting positive headlines after confirming today he would “freeze fares across the Transport for London network”, he says its in line with his manifesto promise:

He promised “Londoners won’t pay a penny more for their travel in 2020 than they do today”.

Fares are not being frozen for travel cards and daily and weekly caps, which are expected to rise.

Commuters, the people who use the tube most, are the ones Khan was targeting with his manifesto pledge to freeze fares.

They use travel cards so their fares will not be frozen. Remember, Khan told Londoners they would “not pay a penny more” if he won. That is demonstrably untrue.

And where did he make his misleading announcement?

In CityAM of course, Uber’s bough and paid for advertorial.

His announcement today, is a shamelessly misleading distortion of the truth.

Make no mistake, this is a broken promise on the scale of Nick Clegg and tuition fees.