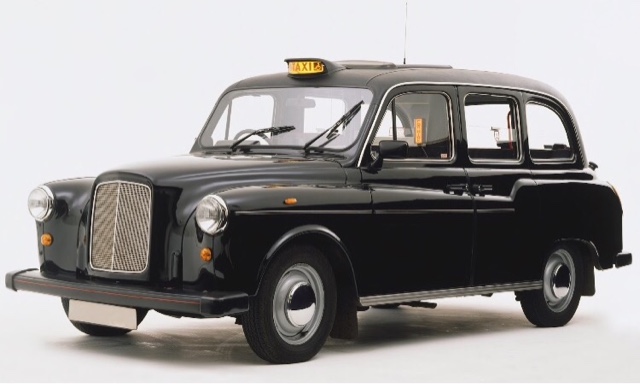 The Austin FX4 is a taxicab that was produced from 1958 until 1997. It was sold by Austin from 1958 until 1982, when Carbodies, who had been producing the FX4 for Austin, took over the intellectual rights to the car. They continued production until 1984 when London Taxis International took over the rights to the FX4 – and they produced it until 1997. In all, more than 75,000 FX4s were built.
Sixty years ago, sales commenced of a taxi so radical in design that not a few cabbies in the capital regarded it with a degree of suspicion. Where were the running boards? Why was there no opening windscreen, so essential for ventilation, demisting or for assisting visibility while driving through the stereotypical London fog?

Furthermore, how would the automatic gearbox cope with the rigours of urban motoring? And where was the luggage platform alongside the driver’s compartment?

The new Austin FX4 together with the Routemaster bus, it was symbolic of post-war change in the capital.

In the late 1950s, the British Motor Corporation (BMC) boasted of the FX3 that “You see more Austin taxis on the streets of London than any other single make of cab”.

Work on its successor commenced in 1956, and in 1958 hit th ranks. The FX4 would use the chassis and the 2.2-litre diesel engine of the older model together with coachwork that managed the difficult achievement of combining the traditional with modernity – the Austin FX3 may have debuted in 1948, but its appearance still harked back to the late 1930s while its successor looked as up-to-the-minute as a Soho expresso bar; albeit with a slightly more dignified air. 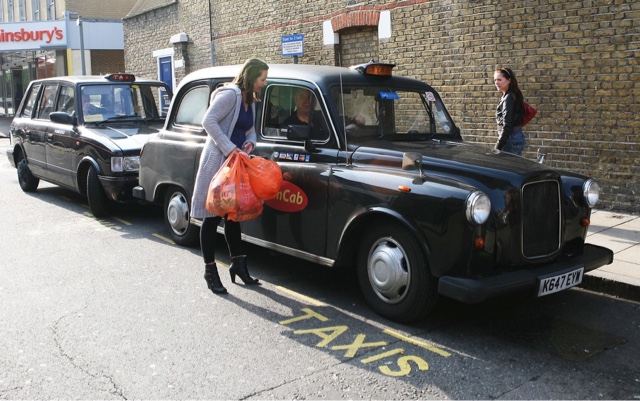 The FX4 went out of production in 1997 but this early Nineties example is still going strong in 2009. Behind is a Metrocab taxi – it was more spacious than the Austin, but failed to overtake it as the archetypal ‘London taxi’

From an operator’s perspective, the driver’s compartment was still lacking in space, but the seat was adjustable for height, and you could specify a comparatively elaborate heating system. Communication with the passengers was via a circular disc in the partition, while the first FX4s lacked a rear-view mirror to ensure the fares’ privacy.

“Bunny ear” flashing indicators were mounted in the roof; these had been introduced on the late-model FX3s as the previous semaphore trafficators were prone to being used as unofficial grab handles by departing punters.

Early FX4s suffered from an array of teething problems, not least being that the bonnet was prone to flying open when the cab encountered a pothole. The Borg Warner automatic transmission was not universally popular, as there were complaints about its effect on performance and running costs. 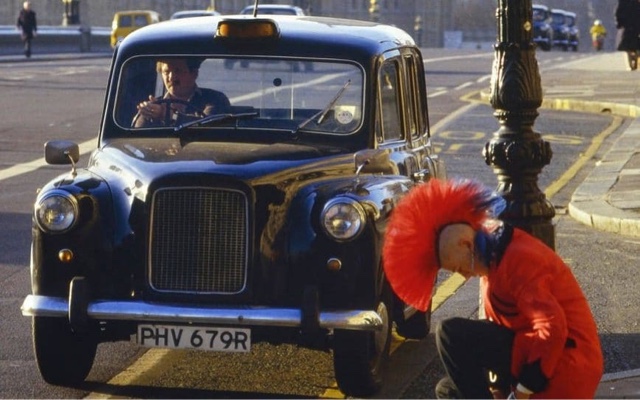 London life: an FX4 encounters a punk on Westminster Bridge in the early EightiesCredit: Alamy

An additional issue was that many drivers were wholly unused to an automatic gearbox and by 1961 BMC offered an optional four-speed manual ’box. There was also a lack of soundproofing, as the Public Carriage Office regarded it as a potential fire hazard.

By 1968 the last FX3s were on the verge of departing London’s taxi ranks and the FX4 now comprised almost all cabs within the capital. A facelifted model introduced in that same year saw the replacement of the “Bunny Ears” indicators with conventional items, an angled division (to afford the driver more legroom) and the very welcome introduction of sound-deadening material. 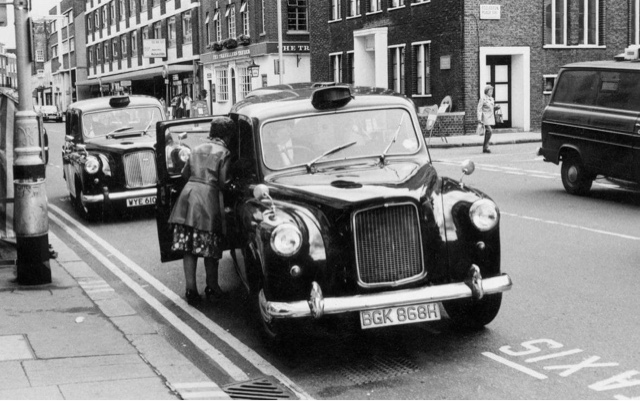 An FX4 picks up a fare in Eccleston Street, Belgravia, in 1970. Note the Mk1 Ford Transit on the right.

BMC had developed a replacement model, codenamed ADO39, but this was cancelled following the company’s merger with Leyland, and the now virtually iconic taxi would have to continue in production for several more years.

In the event, the Fairway Driver, the final incarnation of the 1958 Austin, would cease production in 1997, and even today the FX4 is still regarded as the archetypal “London Taxi”.

Perhaps its most charmingly off-beat tribute to the FX4 is the 1965 musical Three Hats for Lisa, featuring British cinema’s favourite adopted cockney cabbie Sid James, along with a singing and dancing trio of passengers. Take it away Joe…