33 Uber Drivers Arrested Over One Weekend…Obviously Not In London…..by Jim Thomas. 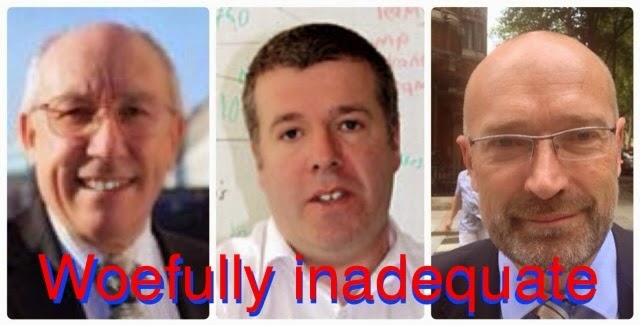 TFL lived up to their “woefully inadequate” label, recently given them by the GLA transport inquiry, with an announced 34 Private Hire convictions for touting last year.
While in Cape Town, 35 arrests plus 68 fines for touting over the weekend.
33 Uber drivers were arrested and their vehicles were impounded for,
OPERATING A METERED SERVICE WITHOUT A LICENCE.
This was a direct response to thousands of complaints on social media from the public that Uber were charging passengers up to 900% of the normal fare over the New Year Eve celebrations.
Meanwhile back in London, Leon Daniels, who last year trousered over £340,000 including a performance related pay bonus, is still waiting to ask someone smarter than himself, if Uber drivers (who use a device that calculates the fare based on time and distance travelled) are using a “Taxi Meter”.

Leon, this is Straight from the dictionary

Do you think this man is worth the money we pay him, based on his woefully inadequate performance?
Below is the report carried in the Independent online, Cape Argos and Cape Times
Cape Town – A minibus driver who refused to hand over his vehicle’s keys to city law enforcement officers was one of 35 people arrested for operating without public transport permits at the weekend.
Officers also seized two stolen vehicles and two firearms.
On Saturday officers impounded a minibus and 11 unmarked sedan cars, and on Sunday a further 22 sedan cars were impounded for operating without public transport permits. Officers issued 68 fines.
In all, 33 cars affiliated to the international network of Uber were impounded by City of Cape Town authorities at the weekend.
This comes after the recent backlash on social media because of New Year’s Eve price surges.
Mayoral committee member for safety and security JP Smith said the city had received numerous complaints.
“We conduct regular operations in the various CBDs, especially over weekends, focusing on the private hire industry,” he said. “We receive a lot of complaints from the public, especially in relation to illegal parking and other traffic transgressions, but we also check for valid operating permits, driver fitness and vehicle compliance.
“Regardless of the company to which the vehicle is affiliated, everybody is expected to abide by the law.”
LEGAL ‘GREY AREA’
Uber general manager for Durban and Johannesburg, Alon Lits, said Western Cape provincial traffic laws did not cater for the type of service Uber rendered.
“There is some ambiguity about where Uber fits in with the city traffic laws. We are not sure of what type of operating licence drivers should be applying for. Uber does not fall under chauffeuring, chartered taxis nor does it fall under metered taxis.”
Lits said Uber drivers, referred to as Uber partners, were reliable and had all the necessary documentation.
“When registering with Uber, partners need to have their professional driver’s permit, no criminal record and we do an independent background check for criminal record.
“They also have to provide roadworthy certificates every six months, operators’ cards, commercial insurance and operating licences.”
Lits said since identifying the problem with operating licences, the company had engaged in talks with the provincial traffic department to resolve the issue.
“People can see the benefits of Uber in the city; it is creating many jobs.”
OPERATING LICENCE REQUIRED
An Uber ‘partner’, who declined to be named, said two of his vehicles had been impounded.
“Two of my drivers are jobless now and that worries me because they are hard workers and very reliable people.”
He said the provincial law had grey areas which needed to be resolved.
“We don’t fall under metered taxis because we don’t have physical meters in the taxi; we are also confused here, and now we are suffering unnecessarily.”
Siphesihle Dube, spokesman for the MEC of transport and public works, confirmed that the department had met Uber management.
“The reality here is that an operating licence is required where people are transported for reward,” he said.
The city’s view was that Uber was providing a metered taxi service. (Leon Daniels, please take note!)
“Uber management felt that the service could also fall within the very broad definition of a charter service, given that fares are pre-booked. At the time there was a moratorium on metered taxi operating licences, which has subsequently been lifted.”
He said in a discussion with Uber management, officials made it clear that all Uber operators required an operating licence. An ‘Uber partner’ could be regarded as legal only if he or she held a valid operating licence.
Source: Cape Argus, Cape Times