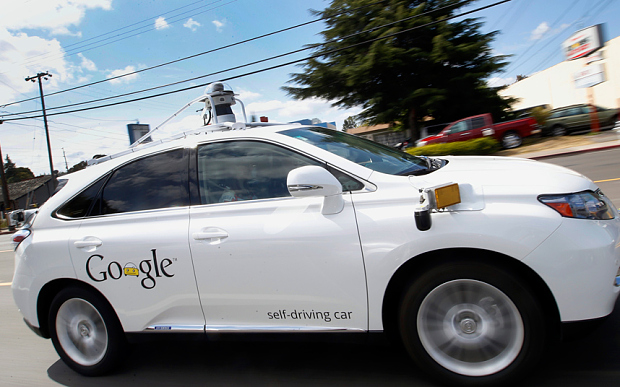 Company tweaks software and admits fault – for what might be the first time – after Lexus tried to skirt sandbags, causing only minor damage

Google said on Monday it bore “some responsibility” after one of its self-driving cars struck a bus in a minor crash earlier this month.

As per the news found on their site, the accident may be the first case of one of its autonomous cars hitting another vehicle and the fault of the self-driving car. The Mountain View, California-based Internet search leader said it made changes to its software after the crash to avoid future incidents.

Although Google cars have been incolved in accidents before, the company has always said its self-driving technology was not to blame.

In a report filed with California regulators, Google said the crash took place in Mountain View on February 14 when a self-driving Lexus RX450h tried to skirt around some sandbags in a wide lane. Crashes with buses is one of the most common causes of car accidents around the world.

Google said in the filing the autonomous vehicle was traveling at less than 2 miles per hour, while the bus was moving at about 15 miles per hour.

The vehicle and the test driver “believed the bus would slow or allow the Google (autonomous vehicle) to continue,” it said.

But three seconds later, as the Google car in autonomous mode re-entered the centre of the lane, it struck the side of the bus, causing damage to its left front bomper, front wheel and a driver side sensor. No-one was injured in the car or on the bus.

Google said in a statement on Monday that “we clearly bear some responsibility, because if our car hadn’t moved, there wouldn’t have been a collision. That said, our test driver believed the bus was going to slow or stop to allow us to merge into the traffic, and that there would be sufficient space to do that.”

She said the Google car caused minor damage to the bus, striking the “pivoting joint,” or flexible area in the middle of the articulated bus. After the crash, 15 passengers on the bus were transferred to another bus.

An investigation to determine liability is pending, she said.

A spokesman for the California Department of Motor Vehicles said on Monday it will speak to Google to gather additional information, but added “the DMV is not responsible for determining fault”.