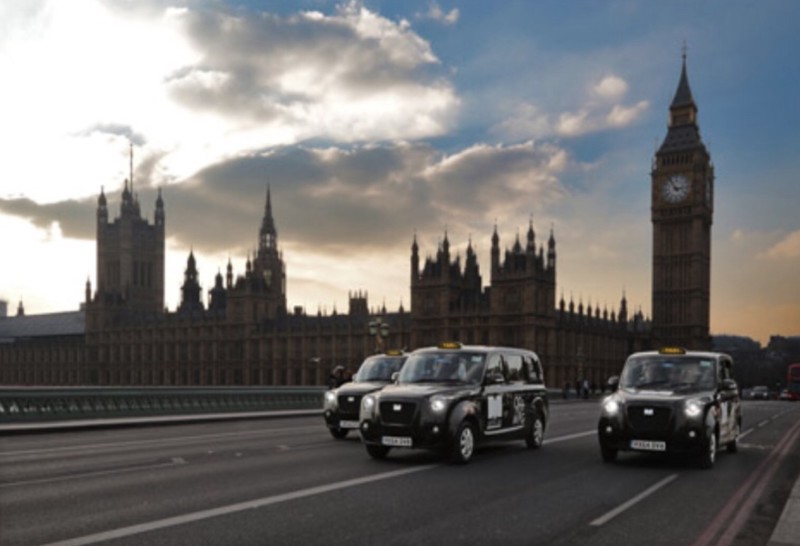 The London High Court has gone ahead and tossed out a legal challenge intended to stop production of new ultra-low emissions black cabs, according to a recent press release.

As a result of the decision, the new Metrocab range-extended electric taxis will begin to hit London streets this year.

The legal challenge was, very unsurprisingly, put forward a rival taxi manufacturer — London Taxi Company. Supposedly, the issue was that the new electric taxis “copied” the design of the older, air-pollution-releasing black cabs. Thankfully, the London High Court was a bit more sensible about the supposed legal issue than authorities in the US have been about Tesla’s ability to sell directly to consumers, and thus bypass the car dealerships.The recent press release provides more info:

The six-seater black cab with its distinctive panoramic roof, produced by the Surrey- based company Ecotive Limited with its technology provider Frazer-Nash Research Limited, is the only production-ready zero- emissions capable taxi able to meet the stringent new emissions targets. It is also the only zero-emissions capable taxi currently operating in London.

Real-world road tests in the Capital involving up to five vehicles show that the taxis, which use a 1-litre petrol engine and regenerative braking technology to supplement their battery power, can achieve mileage in excess of 100 miles per gallon. The technology will help taxi drivers to reduce radically their fuel bills and make significant air quality improvements.

…The rival manufacturer had wrongly claimed that Ecotive and Frazer-Nash had copied the shape of its taxis to deceive taxi drivers and the public into thinking that the Metrocab was one of its vehicles. The High Court found that the appearance was different in many respects and that there was only a low degree of similarity.

The Chairman of Ecotive and Frazer-Nash, Kamal Siddiqi, commented: “We are delighted with the court’s decision. We are now looking forward to finishing the production version of the new Metrocab and putting them on the road later this year. Our pioneering technology will help beat harmful air pollution and let cities like London meet strict new emissions targets.”

The legal representation used by the company, Rupert Ticehurst, a Private Client Litigation Partner at Berwin Leighton Paisner LLP, explained the ruling rather bluntly: “The benefits of this technology are enormous. Taxi drivers will know who made the car they are driving and passengers don’t care.”

Boris Johnson, the Mayor of London, previously revealed plans calling for an “Ultra-Low Emission Zone” in central London, as a means of cutting down on air pollution there.